It’s been an awfully long time since I did a post on hot sports babes so I thought I should do something about that. To be a little different I thought I would post three of my YouTube videos featuring women’s sport.

The first video was actually called Perfectly Timed Photos In Women’s Sport. That video turned out to be really popular getting over 44,000 views. That makes it one of my most popular video on YouTube. It’s even got 20 thumbs up and 9 thumbs down. It sure would be nice if I knew what they didn’t like about it. The feedback could well help my next video.

Anyway, because of that video’s popularity I thought I would make another one.

This one is nowhere near as popular as the first one, only has two thumbs up at least it hasn’t any thumbs down. I’m actually surprised that it hasn’t done as well. It could be because it’s not focused on women. It could even be that each image was displayed a little longer than in the first video. Heck, it might even be because this video didn’t have any of my Aussie humour inserted in each image.

Today I’ve uploaded my latest video which you can see below.

This video is all about sexy moments in women’s sport. All the women are hot sports women. The video looks a lot more professional than the other 2 and has a little of my Aussie humour embedded in every photo. Now we just have to see how well it goes.

I would really love it if you can head on over to YouTube and give it a thumbs up. It would be great if this one could overtake the first one.

For SEO reasons, I’m going to give you an image of a sexy moment in women’s sport.

Have you ever wondered what qualifications a sports woman needed to become a hot sports babe. Well, first of all they have to be hot, that’s a given. Secondly, they have to either have to play sport or need to be a real sports fan, like some of those who show their love for it by indulging in nude body paint. Thirdly, and most importantly, I have to be able to find images of them on the net that I can share with you, my hot sport babes fans. Without these images there wouldn’t be a point for having a hot sports babes category.

If you’ve been following this post you’ve probably have noticed that some of our hot sports babes have made it into the Hot Sports Babes Hall of fame. This category is reserved for sports women alone.

I’ve been looking for a hot sports babe from the AFLW‘s league and believe me, even though there are a lot of good looking sports women in the AFL woman’s league, most of them seem to be a little shy and so nice images are scarce out there.

Luckily though, Erin Phillips does have some really nice images online and I’m going to share the best of them with you today. Keep reading to see Erin Phillips Hot Sport babe.

I was reading this article today, AFLW: Undefeated Crows Flex Muscles Against Freo, and you norm 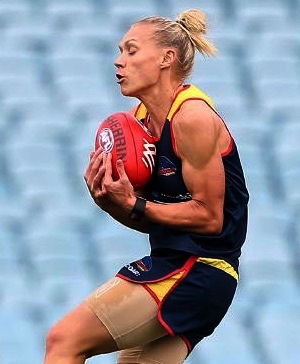 ally don’t associate muscles with women. Not unless they happen to be a hot sports woman that is. Just like the image over there on the left of our latest hot sport babe.

Naturally Erin Phillips had a life before becoming one of our beloved woman’s Crows. She was born Erin Victoria Phillips on the 19th of May 1985. You can get a complete rundown of her from Wikipedia but I’ll summarize some of the highlights here for you.

Before becoming a Crow, Erin was into basketball and played professionally. She won a silver medal in the 2008 summer Olympics as part of the Australian woman’s national basketball team.

Believe it or not, she actually does have football blood in her being the daughter of Greg Phillips, a former Port Adelaide player.

She came to the Adelaide Crows as a rookie in September of 2016. Being able to play football for the Crows must have meant a lot to Erin as she had to beg leave from the Dallas Wings just so she could play.

“Although Phillips received approval from the Dallas Wings to play Australian football, medical insurance on her WNBA contract does not cover injuries received playing the full-contact sport. An injury could void her WNBA contract. Nonetheless, she decided to play at her own risk.”

OK, I think that’s enough about who Erin is, now it’s time to see why she should be part of our Hot Sports Babe Hall Of Fame. This is the best of Erin Phillips Hot Sport Babe collage. 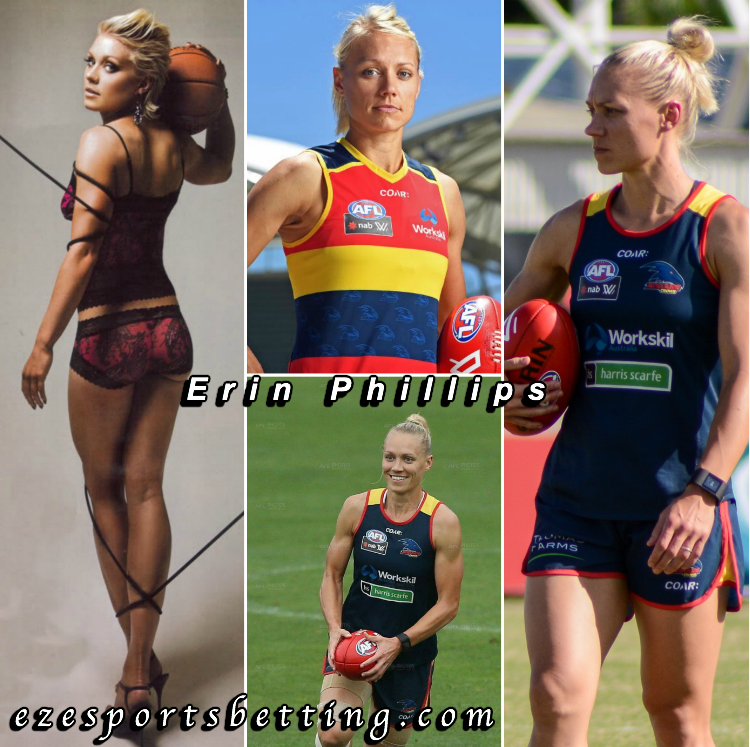 Yep, I think that says it all. Now for a little artistic image of her. I give you my painting if Erin Phillips. 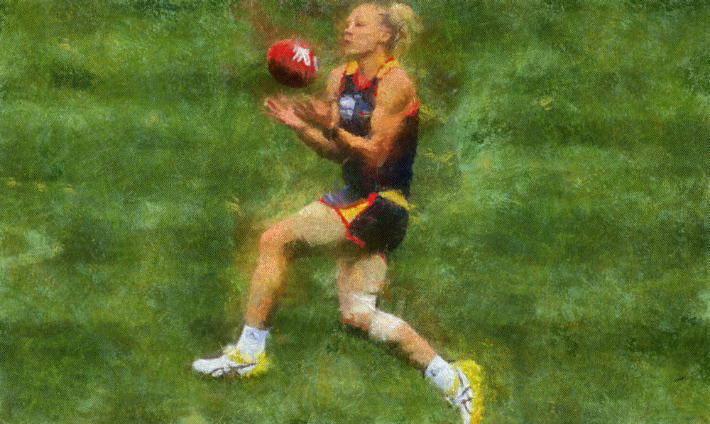 OK, OK, I didn’t actually paint it. I have a program that does all the hard work for me. That’s why you can hire me so cheaply on Fiverr . 😎 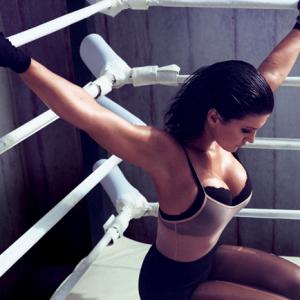 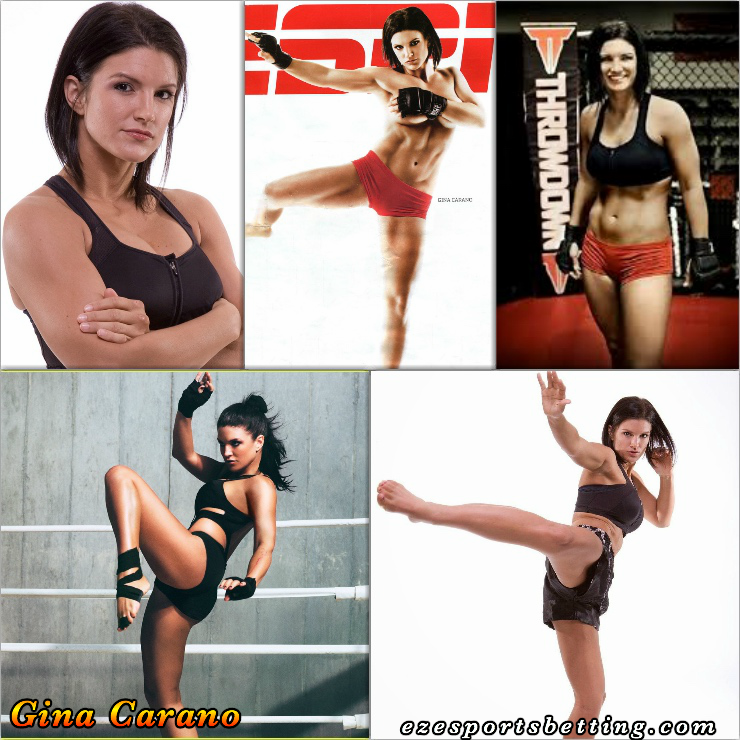 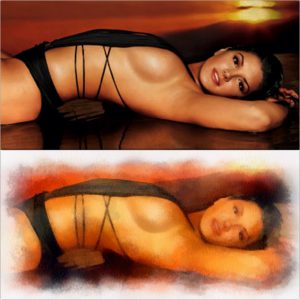 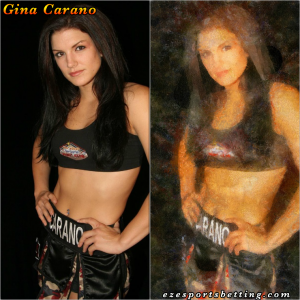