As I’ve been getting some flak from my subscribers about including another sports joke I’ve decided I’d better do the right thing and find a good one for them. Man, I wish finding jokes about sports was as easy as finding jokes for my Friday Funnies posts. I’ve been writing those posts on a weekly basis for almost three years!

Still, it wasn’t easy, but I did manage to find a ripper of a joke. Even though it’s another golf joke, it incorporates three significant factors. Sex, humour and a hot looking sheila.  :thumb_up:

Hand Job After A Round Of Golf

An elderly golfer comes in after a good round of golf at the new course and heads straight to the bar/restaurant area of the clubhouse.

As he passes through the doors, he spots a sign hanging over the bar that reads: 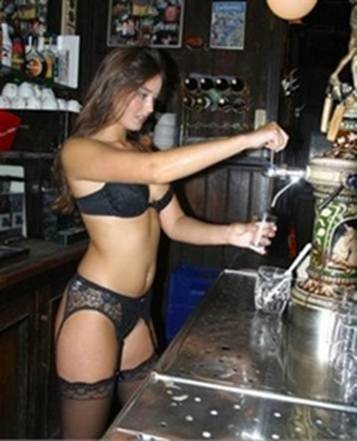 Checking his wallet to be sure he has the necessary money, the old golfer walks up to the bar & beckons to the beautiful female bartender who is serving drinks to a couple of sun-wrinkled golfers.

She glides down behind the bar to the old golfer.

“Yes?” she inquires with a broad, knowing smile.

The old golfer leans over the bar and whispers,

“I was wondering young lady, are you the one who gives the hand jobs around here?”

She looks into his wrinkled eyes and with a broad smile purrs, “Yes sir, I sure am. I give the best handjobs around!”

The old golfer leans in even closer and into her left ear says softly,

“Well then, be sure to wash your hands real good, because I want a cheeseburger.”

I wonder if he went for the cheeseburger because he didn’t have his viagra handy?  I mean, what’s the point of a hand job if you can’t get it up? : LOL:

Just to finish off, I’ve managed to convince Victoria to tell us one of her funny sports jokes. It’s pretty good too and comes complete with a sexy image of Maria Sharapova. 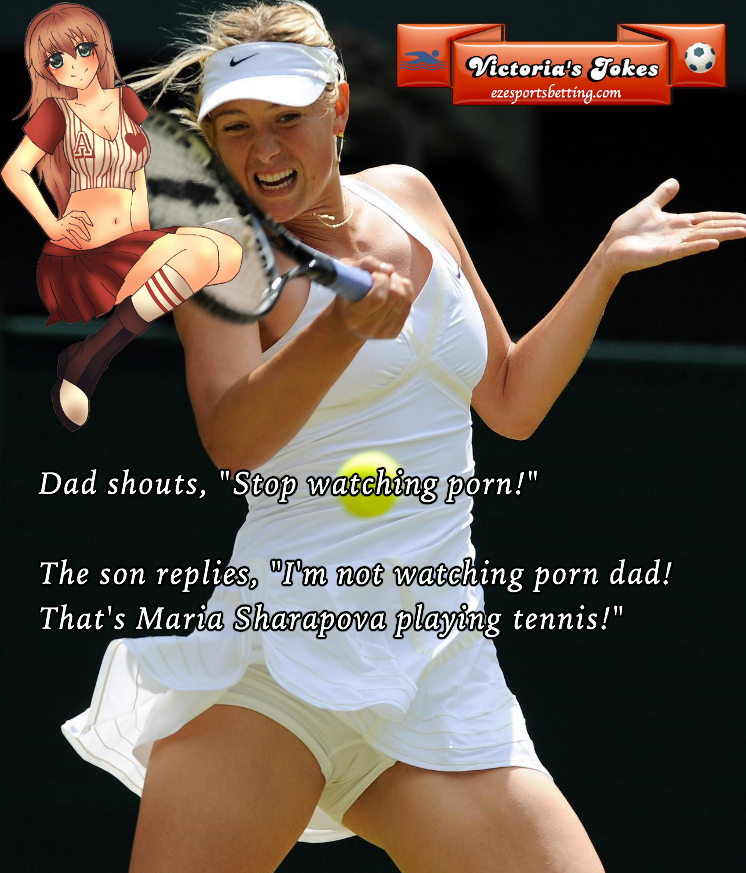 Here’s an excellent video of the Top 10 Little Johnny Jokes.

Also, YouTube now requires that I have 1,000 subscribers so please help me by subscribing.

Don’t forget to share this week’s sports joke with your friends.

Do you remember Happy Gilmore

? Now there was a funny movie. If anything was the pinacle of golf humour that would have to be it. Yeah, I know some of you are saying that Caddyshack

is a great movie full of golf humour but in my personal opinion I reckon Happy Gilmore was better.

The following joke may not appear to have anything to do with golf humour but don’t you worry you will see the golf humour as you get to the end of the joke.

Golf Humour Love Is Blind When It Comes To Golf

Ed and Linda met while on a singles cruise and Ed fell head over heels for her. When they discovered they lived in the same city only a few miles apart Ed was ecstatic. He immediately started asking her out when they got home. Within a couple of weeks, Ed had taken Linda to dance clubs, restaurants, concerts, movies, and museums. Ed became convinced that Linda was indeed his soul mate and true love. Every date seemed better than the last.

On the one-month anniversary of their first dinner on the cruise ship, Ed took Linda to a fine restaurant.  While having cocktails and waiting for their salad, Ed said, “I guess you can tell I’m very much in love with you. I’d like a little serious talk before our relationship continues to the next stage. So, before I get a box out of my jacket and ask you a life changing question, it’s only fair to warn you, I’m a total golf nut. I play golf, I read about golf, I watch golf on TV. In short, I eat, sleep, and breathe golf. If that’s going to be a problem for us, you’d better say so now!”

Linda took a deep breath and responded, “Ed, that certainly won’t be a problem. I love you as you are and I love golf too; but, since we’re being totally honest with each other, you need to know that for the last five years I’ve been a hooker.”

Ed said, “I bet it’s because you’re not keeping your wrists straight when you hit the ball.”

Now we all know how much Victoria loves her jokes. That being the case I asked her if she had anymore golf humour. She came up with this one. 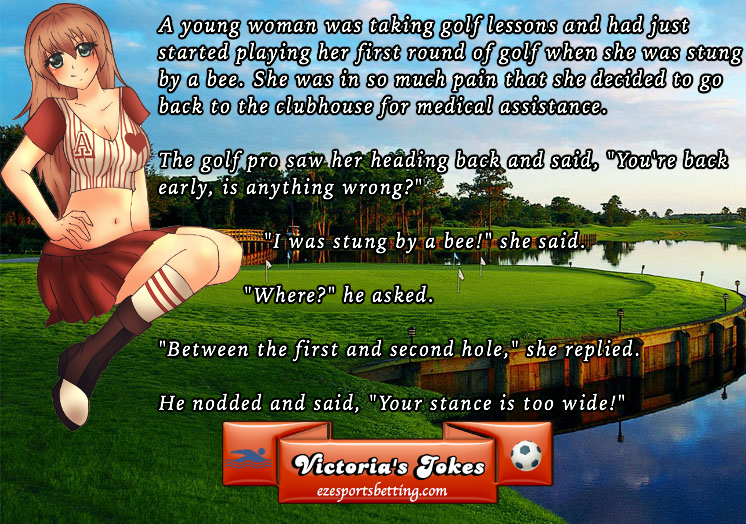 I had a look on YouTube to see if I could find any golf humour. I found a great clip of the late Robin Williams!

That’s it for today’s Sports Joke. Don’t forget to share it with your friends 😉 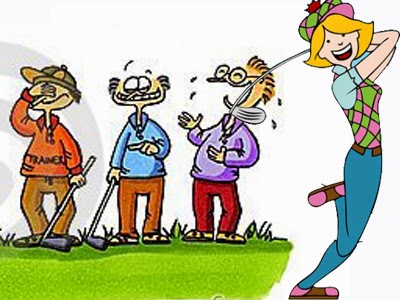 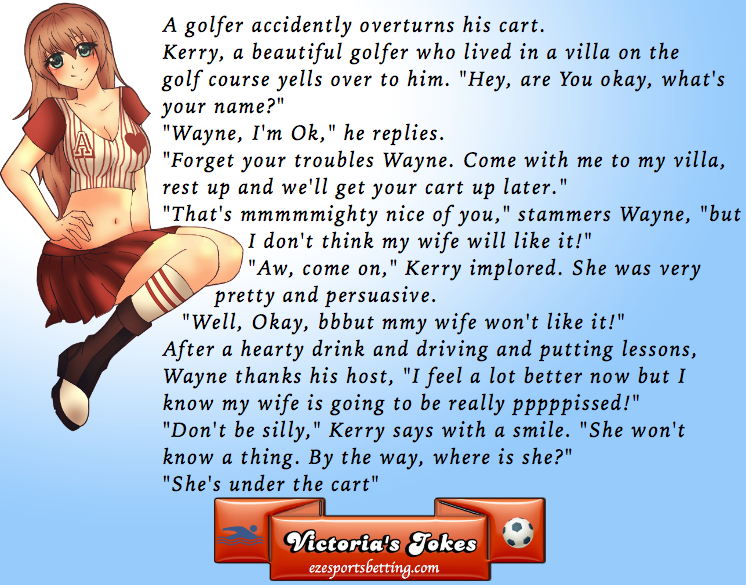