It’s been quite awhile since I’ve posted a funny sports joke. That being the case I figured I should do something to remedy that. What makes this sports joke so funny is that it all happens in bed. 😉 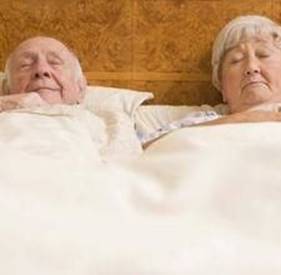 An old married couple no sooner hit the pillows when the old man breaks wind and says, ‘Goal.’

His wife rolls over and says, ‘What in the world was that?’

A few minutes later his wife lets one go and says, ‘One each, tie score”….’

After about five minutes the old man lets another one go and says, ‘Aha. I’m ahead 2 to 1.’

Five seconds go by and she lets out a little squeaker and says, ‘ I lead 3 to 2.’ Now the pressure is on the old man

He refuses to get beaten by a woman, so he strains real hard.
Since defeat is totally unacceptable, he gives it everything he’s got, and accidentally shits in the bed.

The wife says, ‘What the hell was that?’

If you didn’t laugh at that one I reckon you may have to tweak your sense of humour a little. :tongue_out:

Someone else we haven’t heard from lately is Victoria. Luckily she dropped by to share one of her favourite Victoria’s Sports Jokes. 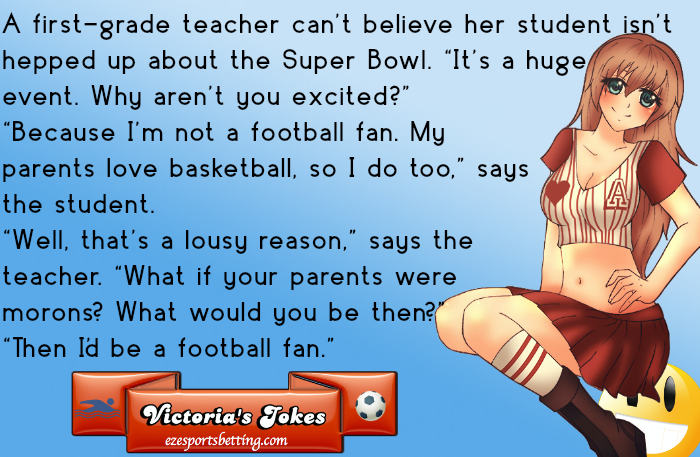 Yeah, you just have to love Victoria’s jokes.

Finally I have a sports joke with a moral behind it.

A man joins a soccer team and his new teammates inform him, “At your first team dinner as the new guy, you will have to give us a talk about sex.” The evening arrives and he gives a detailed, humorous account of his sex life.
When he got home, his wife asked how the evening went and not wanting to lie, but also not wanting to explain exactly what happened, he said, “Oh, I had to give a talk about yachting.”
His wife thinking that a little peculiar didn’t say anything more and went to sleep. The next day she bumped into one of his new teammates at the supermarket and asked, “I heard my husband had to make a speech last night. How did it go?”
His mate said smiling, ‘Oh, it was excellent! Your husband is clearly very experienced!.”
The wife looked confused and replied to his mate, “Strange, he’s only ever done it twice and the second time he was sick.”

Speaking about funny jokes, have you ever visited my Friday Funnies posts?

Soccer Jokes In Honour Of The Fifa World Cup