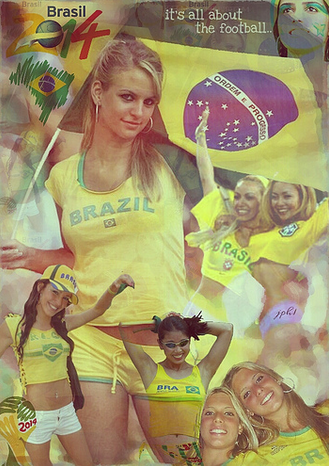 Football Sports Jokes Takes You To An AFL Grand Final

A man with tickets to the AFL Grand Final finds his seat and relaxes. As he sits down, a man comes down and asks if anyone is sitting in the seat next to him.

“That’s incredible”, said the stranger. “Who in their right mind would have a seat like this for the AFL Grand Final and not use it?”

“Well, actually, the seat belongs to me. I was supposed to come with my wife, but she passed away. This is the first Grand Final we haven’t been to together since we got married in 1967.”

The stranger replies, “Oh…I’m sorry to hear that. That’s terrible. Couldn’t you find someone else – a friend or relative, or even a neighbour to take the seat?”

The man shakes his head. “Nope. They’re all at the funeral.” 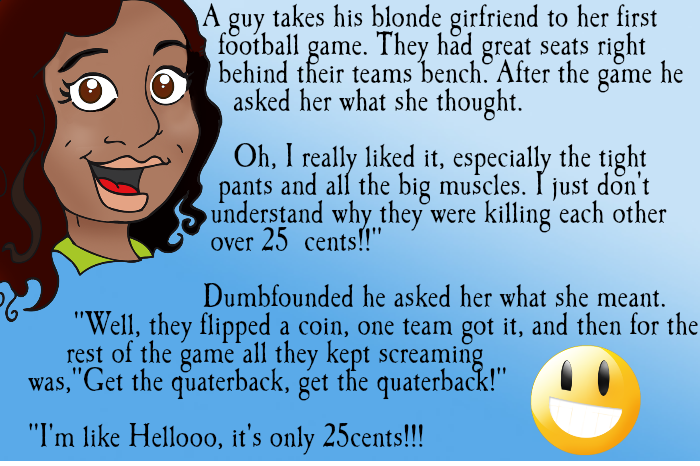 Sports Video Of The Week

I certainly hope you enjoyed this weeks football sports jokes. Maybe even enough to share it on your favourite social media site. 😉

On my last bet of the week I placed a wager on the England vs Italy World Cup game. As it turns out I won that bet. For this weeks 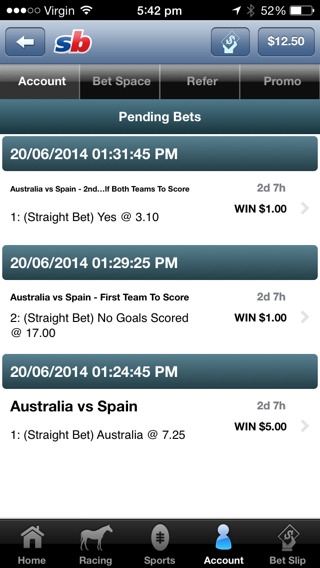 bet of the week, seeing as how the World Cup fever is still going strong, I placed a wager on Australia to beat Spain in the up and coming World Cup Game.

I know that just about everybody thinks that Australia is going to lose that game, especially because Tim Cahill isn’t playing. That’s why the odds are so high, which makes for a pretty good win if the Socceroos manage to pull it off. Still, I think that Australia has been playing a lot better than Spain so, regardless of what everybody else thinks, I reckon they have a pretty good chance.

An Aussie Win In Australia vs Spain match?

These are my reason why I reckon the Aussies will win in the Australia vs Spain match. When Spain played the Netherlands they got thumped 5 -1. When they played Chile they lost 2 – 0.

Now lets look at how the Socceroos went. When they played the Netherlands they lost 3 -2. It was an exhilarating game. When they played Chile the Aussies lost 3 -1. All in all it’s my opinion that the Aussies were the better players when compared to how the Spanish played. I reckon if they can only keep up their good form they have a chance at winning that game.

How I Bet On The Australia vs Spain game.

So, lets have a look at my Sportingbet (check out their $700 free bet offer)

screenshot to see exactly how I placed my bets on this weeks bet of the week.

The most I can win is $39.85, if option 1 and 3 come in. This would be pretty good considering I only outlaid seven bucks. Even if the second one came about I’d still get $17.

Didn’t place a double chance bet on this game because I didn’t like the odds.

Did you place a bet on the Australia vs Spain game. If you did which way did you go.