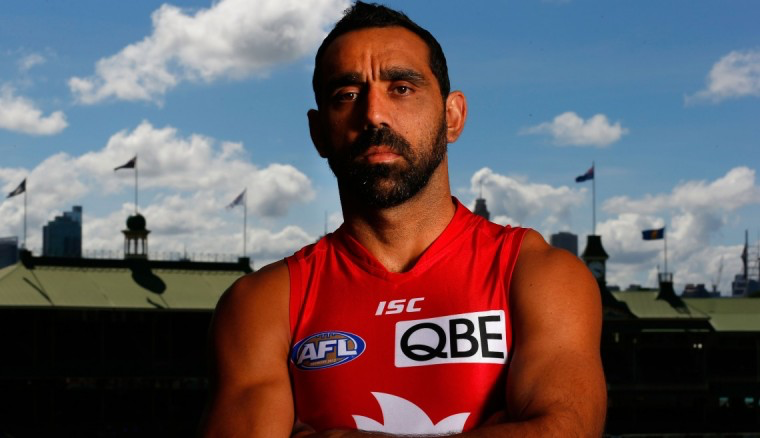 The Adam Goodes Booing Dilemma has been all over the news of late. The AFL has instructed fans to stop booing him but we all know that’s not going to work. You tell someone not to do something and they will boo him all the more!

Adam Goodes Booing Dilemma What Has Caused It?

Some say that the Adam Goodes booing has everything to do with racism. Personally I don’t believe that at all because if that was true people would be booing all of our indigenous players. I’m sure there are racists involved in the booing but that doesn’t mean that everyone booing is a racist. Just like when you get ferals booing the opposition in a game. Not everyone is a feral, the majority are just footy fans getting involved in a popular sport. Do you stop fans from booing the umpires because you’re afraid it will hurt their feelings? Of course not!

Some say that the booing originated about two years ago when Adam Goodes pointed out that 13 year old girl for her racial slur two years ago. I doubt very much people would still be booing him for that as that is old news.

Some would say that it started when Adam Goodes did his famous war dance after kicking a goal. Personally, I didn’t fault him for that, although I’m sure chucking the symbolic spear at the crowd probably didn’t help him at all. Reckon he should probably have kept that part of it out or maybe thrown it at the sky or something.

Perhaps it’s even the fact that some are saying Adam Goodes is staging free kicks by diving, something that is endemic in soccer. If that is the case then I agree with all the booing. We sure as hell don’t want that sort of shit happening in the AFL!

That’s probably not it though because they’re saying that people are booing Adam Goodes every time he gets the ball. Something about Adam Goodes has pissed footy fans off but I don’t think it’s the colour of his skin. If that was the reason then something should be done about it.

I was watching an interview with Jason Akermanis on The Project tonight. They asked him whether he though the Adam Goodes booing was racially orientated. Jason thought to the contrary and it seemed to me that the guys on the panel was somewhat disappointed with his response. Jason admitted that he was booed a heck of a lot in his career and no-one ever said that was racially motivated. If anything the booing improved his on the field performance because he wanted to prove them all wrong.

Perhaps that is what Adam Goodes should do. Rather than giving him a few days off. Do they really believe having a few days off will mean people will boo less when he comes back. If anything people will boo him more. None of this is being helped by all the media hype either. The more the media go on about it the more they’re adding fuel to the fire. I reckon that if they gave it a rest it would all died down.

As for Adam Goodes, he should just put all the crap behind him and play the great football that he is known for.

I think the problem is people booing and sport go had in hand. I’m not sure it’s possible to take the booing out of the game.

NEWS FLASH! Just in, Adam Goodes is considering retiring because of the booing drama. It seems he’s concerned about the negative affect it’s having on his teammates. I reckon the whole lot of them should just get together and show the booing crowd that it’s only going to make them play better.

AFL at a loss how to stop the booing? I reckon the only way that will happen is not to have a crowd present.

What’s your view on the whole Adam Goodes booing dilemma?