This weeks AFL preliminary finals is between the four remaining teams which we will see in Fortuna’s AFL preliminary finals tips below. The goal for punters is to ensure they put their money on the right teams. For the players themselves, the most important thing is to win that Grand Finals Cup. To do that they have two major battles left to overcome. 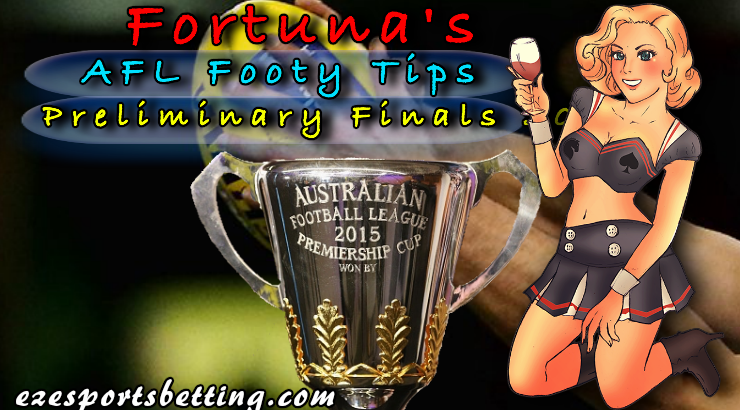 This weeks battles are between;

Once again it looks like Fortuna is playing it safe. We all know though that in the AFL, or any sport for that matter, playing it safe doesn’t always work. This is why responsible gambling is so important. Before placing my bet I need to take a look at what odds are available.

Like Fortuna I’m going to play it safe. I know that upsets happen in sport but thats why I only bet what I can afford to lose. Now we need to look at three of the best online sports betting sites so we can place our bet,

As always I have proof of my online bet and this week I placed it with Sportsbet because they’re offering the best odds on Hawthorn. Then theres always their special offer which refunds any losing bet, up to $100, as long as your team is leading in on of the four quarters.