Before getting to the AFL Round 1 2017 results I wanna congratulate the Crows women for winning the AFLW Grand final. They’ve done us proud and now it’s up to the guys to follow their great example. Check this article to see a great photo of Erin Philips with her kids in the grand finals cup. Great shot. Check out this post to see her inauguration into the Hot Sports Babe Hall Of Fame. :tup: 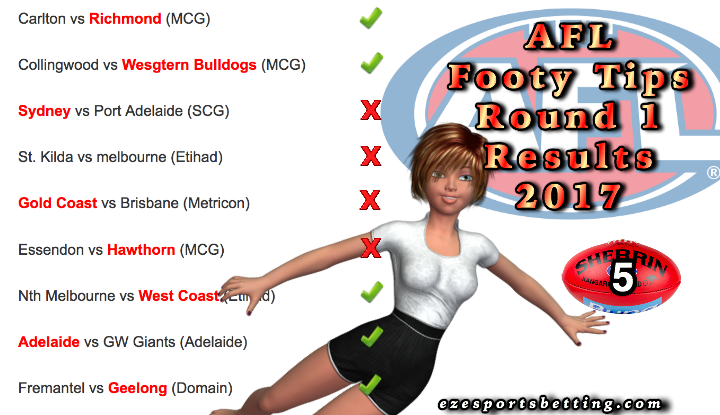 Considering it was the first round I reckon those results were pretty good. There were definitely some upsets in the AFL Round 1 2017 Results. Take the Essendon vs Hawthorn game for example. I don’t think too many people would have picked Essendon to win. Shit, even the Gold Coast vs Brisbane game can be considered an upset. Have to admit though, those punters that backed Brisbane using William Hill as their online bookie would have been pretty wrapped with their winnings with William Hill’s $3.55 odds!!

Speaking of another great win, how good were the Adelaide Crows? Good enough to make my first bet of the AFL season a winning bet, that’s how good they were. Lucky too, otherwise those Power fans, another upset if you ask me, would have given us heaps. As it was I reckon it was great that both South Aussie teams managed a great win to start off their 2017 AFL season. :drunk:

As far as news articles go on the AFL round 1 upsets I reckon that news.co.au was the best with their Incredible Night Of Comebacks article.

As for the Adelaide Crows game, Fox Sports said that the Crows produced the best performance of round one! Not bad considering they the preseason flag favourites.

All in all I say it was a pretty good start to the 2017 AFL season.

Just to finish off I give your a great shot of the 2017 AFLW Premiers. 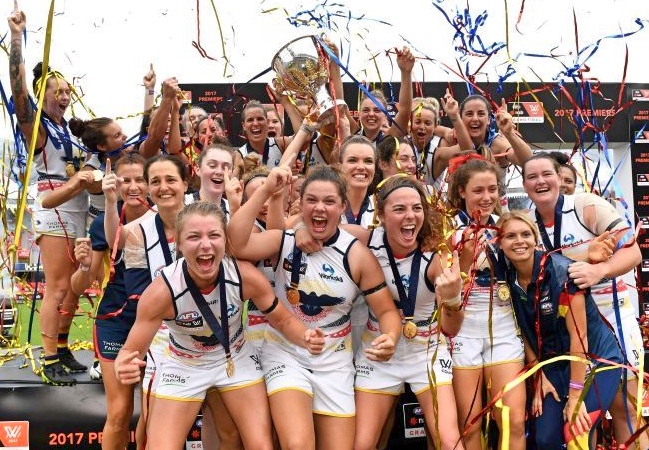