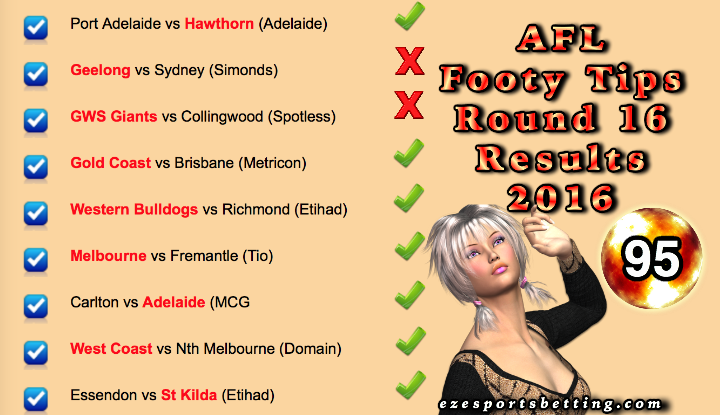 Unfortunately both those games were part of my Multi-Bet which means this weeks bet was a losing one. Of the four legs in my multibet, see last weeks post, those were the two games that I thought were sure to pay off. Still, that’s what makes the AFL so interesting, you just never know who is going to win.

Remember, its the uncertainty about AFL results that makes it so important that you gamble responsibly. It’s why I only bet as much as I can afford to lose. Anything else would make online sports betting too stressful and take all the fun out of it.

On the plus side, those two losses were fantastic for the Crows. Because of those losses and the Crows giving Carlton a hiding it puts the Crows into third position on the ladder.

Who would of thought they would be in such a good position with a new coach and losing Dangerfield. Personally, I reckon losing Dangerfield was a good thing for the Crows. It’s made them more unified as a team whereas before they were probably relying on him a little too much.

OK, that’s it for now, at least until Fortuna comes up with her Round 17 AFL tips.