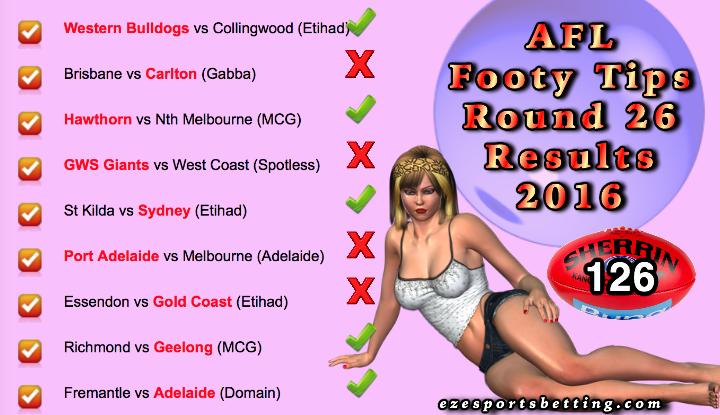 Before you start bitching about Fortuna’s AFL Round 21 results, let me just tell you that last week had some upsets that had heaps of punters scratching their heads. Not to mention counting their losses.

Take the Bombers for example! Who would have thought they would beat the Suns scoring their second win for the season. To tell you the truth, I’m one of those ‘naysayers’ who said that there was no way in hell that Essendon would win a game this season.

Then there was the Port Adelaide vs Melbourne game. Man, I should have known better than to trust the Power to actually win a completely winnable game. Shit, I think I said as much in my last post.

Then there is the Carlton vs Brisbane game. Carlton really should have won that game. I was so sure about that one I put my money on it. Man, it really hurt that the Blues couldn’t even win a damn quarter! Oh well, shit happens. That’s why it’s so important to gamble responsibly! I was hoping at the very least they would win a quarter so I could place a bet on another game. But they didn’t and that put an end to my betting for that week.