As we get to the beginning of the AFL finals we need to look back on the AFL round 23 2017 results.  Looking at the AFL round 23 2017 results you’ll notice that Fortuna managed to get 6 of her tips right. This brings her 2017 tipping total to 125 for the year. Not as good as her AFL 2016 results where she managed to score 139. But then there were a heck of a lot more upsets this year than last year and I’m sure most tipsters didn’t fare as well this year. 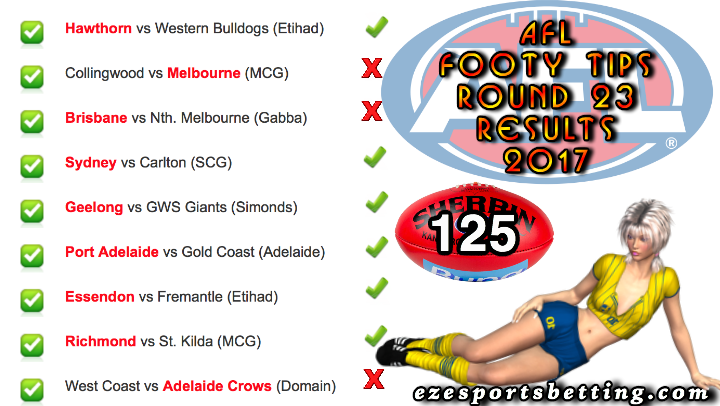 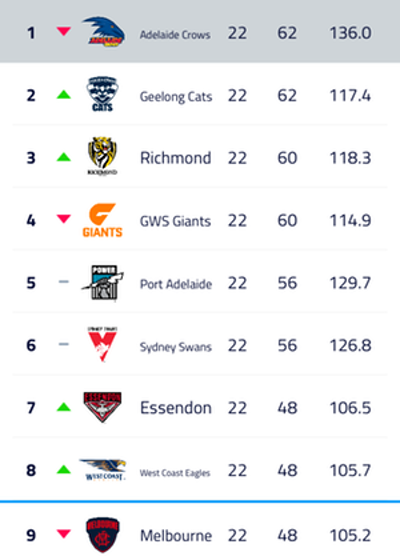 At least these years loss to West Coast wasn’t as bad as last years as the Crows still finished at the top of the ladder.

The Adelaide Crows vs West Coast game must have been frustrating as hell for both Melbourne fans as well as the West Coast fans. West Coast had to beat Adelaide by at least 20 points to ensure a placement in the top 8. Otherwise Melbourne would have won that position. Throughout the game both clubs sea sawed in and out of finals contention. In the end the Eagles won and Melbourne gets to sit out the finals.

This is how Perth Now saw the Eagle’s win against the Crows.

So, how does the week one Finals Draw look like?

Geelong v Richmond at the MCG

Sydney v Essendon at the SCG

Now, Port Power fans were probably hoping for a Crows win, knowing they would face West Coast if the Crows lost. There are probably some Crows fans who were hoping for a loss thinking that the Eagles will push the Power out of the Finals in Saturday’s elimination finals.

Next week is going to be an exciting finals week.