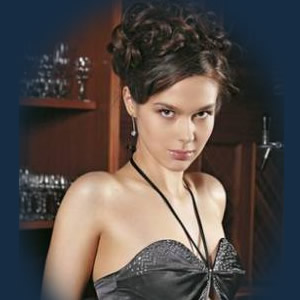 Not so for today’s hot sports babe. Also where most of our sexy sports women go for sports which use one ball our latest sexy sports woman loves a sport that uses more than one ball.

In case you don’t recognise her, the sultry looking lady over there on the left is Anastasia Luppova, Hot Sports Babe #21. Her sport of choice is Billiards. Her name is as beautiful as the woman herself, Anastasia Luppova.

Anastasia Lupova was born in Russia on 26th June 1985 which makes her 29 years old.

Unfortunately there doesn’t seem to be too much information out there about Anastasia Luppova. Apart from the fact that she’s Russian born and incredibly hot she’s also a pretty good billiards player. According to Wikipedia she’s a two times European Champion in Russian pyramid. She’s also the Moscow campion in dynamic pyramid and won the 2009 Miss Billiards competition.

Now, lets have a look at our Anastasia Luppova Hot Sports Babe Collage. 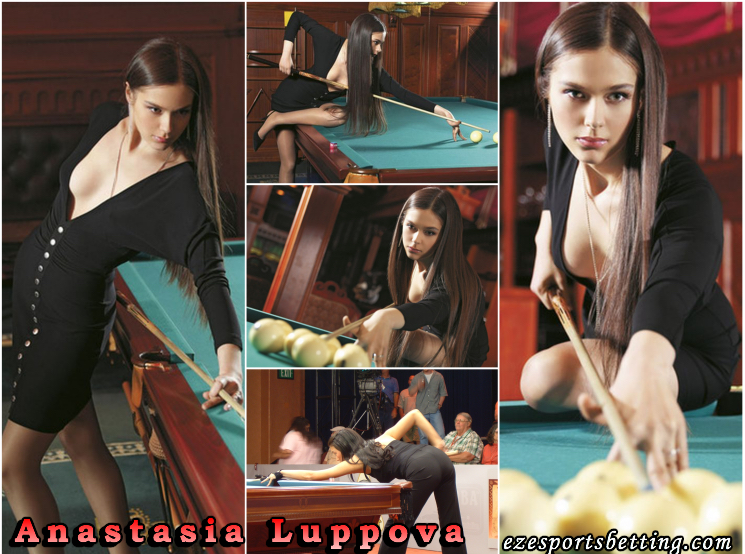 OK, some other interesting facts I managed to find about Anastasia Lupova. Listal says Anastasia (Anastasya) Luppova began playing billiard when she was seven years old. At that time, Luppova was on vacation at a resort with her whole family. Anastasia Luppova was curious to try to play billiard with her father.

She does appear to have a couple of FaceBook pages,  each having their own set of photos. I got the lovely photo of Anastasia Luppova that you see below from her second FaceBook page. She also appears on Twitter (@luppova) although she does not appear to be that active on Twitter.

I don’t know about you but I’m pretty wrapped that I came across this particular hot sports babe. I reckon I’ll have to keep an eye out for her around the billiard halls.  :angel: