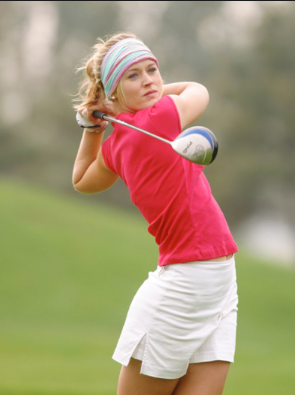 As you can see from the pics of Blair O’Neal there is no doubt at all that she slots into the Hot Sports Babe category. Like Anna Rawson she was also born in 1981, although she was born on May 14th making her a few months older than our previous golfing babe.

Another similarity between Blair O,Neal and Anna Rawson is they both feature in the Sexiest Shots In Golf series of videos.

Seeing as how Blair O’Neal started playing golf at the tender age of 11 I’d say she probably got a head start on Anna Rawson.

Some interesting information that I’ve found about Blair O’Neal.

Here’s the Collage I’ve put together for this weeks Hot Sports Babe. 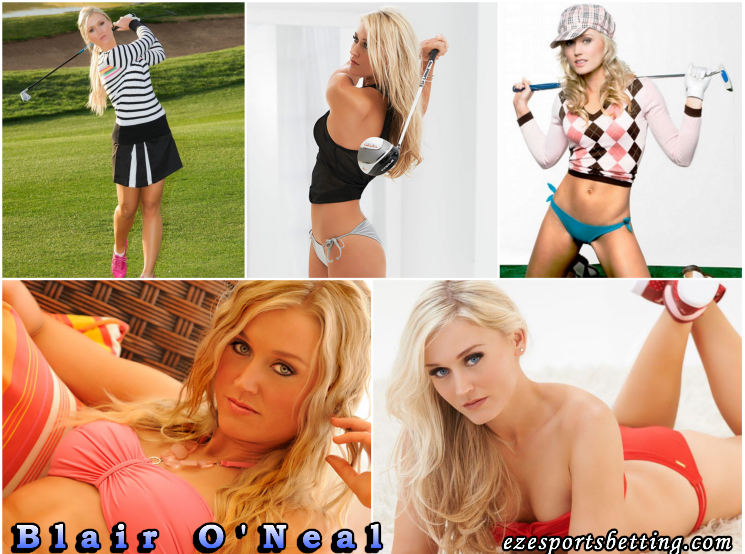 Other Blair O’Neal links you may find of interest.

Finally, to finish of the latest in the hot sports babe post, the twentieth one so far,  I present to you Blair O’Neal as she shows you how to curve it around a tree in one of the following sexiest shots in golf video.

If you haven’t voted in out Hottest Sports Babe poll why not hop on over and cast your vote.