Brenton Sanderson sacked! You have to be kidding me. I couldn’t believe it when I found out they sacked Brenton Sanderson. Sure, the Crows haven’t been performing well but I felt they were getting better. Personally I don’t believe they gave Sanderson a fair go. The least they could do was let him finish his contract. Who knows, maybe next year would have been the year that Sanderson got the Crows to the grand final. Now we’ll never know.

When you think about it the Crows were Sanderson’s first team as a coach. I don’t think anyone would argue that the Crows Sanderson inherited was a struggling team. He also had to put up with the Kurt Tippet saga which I’m sure hurt the Crows more than anyone will admit.

I admit that I don’t know all the ins and outs of what it is to be a good coach. I’m also not privy to all the information the Crows board has available to them. I’m just worried about them sacking Sanderson without any warning whatever. It just doesn’t seem fair. One would have thought that it would be so much more productive to sit down with him first. Work out the negatives and positives to this season. That last showdown being a great positive.

Who knows, maybe sitting around the boardroom table they would have been able to come up with a winning plan. One that would have gotten the Crows into finals contention.

Now what do we have. Not a damn thing. You would have thought they would have secured another coach before sacking the one that we had. Who knows who will be the Crows next coach. How much experience will he have? Will the players take to him. I bloody well hope so. The last thing we want is a coach the players aren’t happy with. There certainly won’t be any joy there for Crows fans.

Sanderson Not A Happy Man 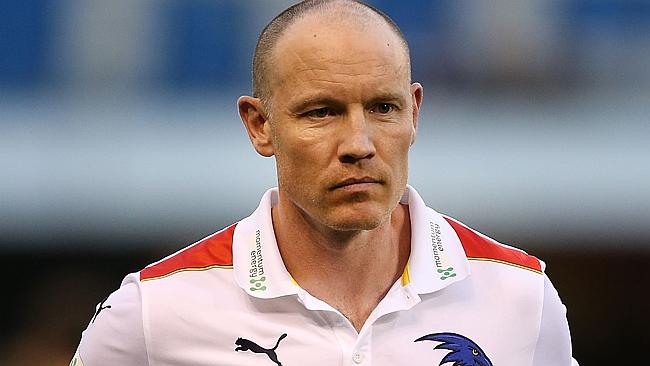 Hopefully none of our key players will decide to desert after hearing that Sanderson was sacked. I’m sure some of the players won’t be happy with the way he was turfed out.

Who do you think the Crows will secure for their latest coach? Who would you like to coach the Crows next year? Just leave a comment. I’d love to hear from you.