Betting on the AFL is never. ever a sure thing. That’s because there are no sure bets in the AFL. Even when you’re sure that a team you’ve backed is going to win they go and let you down.

The Collingwood vs Richmond match is a good example. Another is the Essendon vs Melbourne game. Who would have thought that Essendon, with all the problems they’re having would ever win against Melbourne. I suppose that doesn’t say much for Melbourne’s effort.  :tongue_out:

But Screw all those games. I want to talk a bit about the Crows latest Showdown win. Yep the Crows win Showdown 40. Now you guys all know how much I love the Crows. I’ve even backed the Crows when Fortuna said they would lose. This time I followed Fortuna’s lead and backed Port Power As much as I wanted the Crows to win I thought that Port Power would win this Showdown. Imagine my surprise when the Crows kicked their bloody arses to actually win. Man what a game and what a resounding win.

You can see all the Showdown stats if you follow this link.

Adelaide best players would have to be Lynch with 6, Betts with 5, Jenkins with 4 goals. Other goal kickers were Walker with 2, McGovern with 2 and Crouch, Laird and Milera all with one goal each.

From the beginning to the end Adelaide was all class and Port Powers just didn’t seem to know what to do to stop them from pounding the crap out of them.

Now I’m not one of those Crows supporters who like to bag Port Power fans and I’m not about to go to work today and give them a hard time. I know they’re going to be sulking for a while anyway.  😉

Keep an eye out for the next post where I will be discussing some betting tips I’ve learned this week. 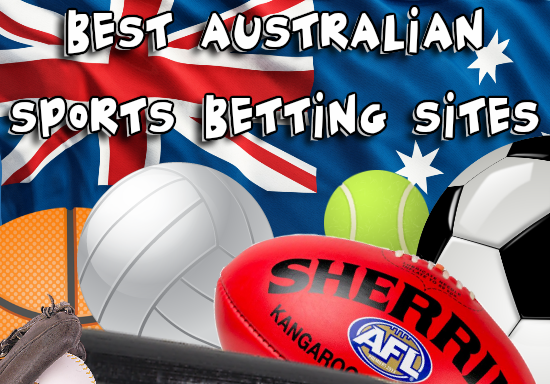 Choosing the best Australian sports betting sites is pretty relative though because everybody has different tastes. It’s still an important question though for prospective punters because it’s such an important step in their online punting success.

If you’ve been reading this blog for a while, and have followed my online bets, you would have noticed that the Australian sports betting sites that I recommend all have a huge amount of betting options/markets and offer great odds. Not only that they also occasionally offer great promotions like money back guarantees.

I Personally Use The Best Australian Sports Betting Sites

When choosing from the best Australian Sports Betting sites I always make sure that have great apps. The reason for that is that apps make placing a sports bet online so much easier. My post the Best Sports Betting App, shows which of all the apps I use is the best one and why I gave that view.

I always recommend to join more than one online sports betting site. Advantages of doing this include…

Man, I thought Brutus looked upset with last weeks footy tips results but take a look at Sasquatch above, does he look pissed or what. Can’t blame him as some would say that 5 out of 9 is a pretty poor result. Sure it’s not the best result and the round 23 footy tips results would have to be Fortuna’s worst yet, but it could have been worse.  Some of those results were pretty unexpected!

Take the Geelong vs Adelaide Crows game. I was so sure that the Crows would win that game that I made it the first leg of my Bet365 Multi-Bet! Luckily for me I was working and so didn’t watch the Crows poor performance. According to my son who did watch the game it was a poor performance. Especially after their brilliant game against West Coast Eagles the week before.

You can read a full history of the Crows in Finals, the last one being in 2012. While I’m happy they managed to secure a spot in the Finals I’m not all that confident they will do well. Having said that I sure as hell hope they prove me wrong.

Then there was the Western Bulldogs and Brisbane Lions game! How in hell did the Bulldogs let the Lions beat them. Who knows, maybe they didn’t want the Lions to get the better draft picks as wooden spooners preferring it to go to Carlton. Western Bulldogs started off well but let an impressive lead to be chipped away by a team that wanted the win more than they did.

As for the last of the round 23 footy tips results they were also part of my multi-bet and I was surprised that they didn’t pan out. Surprisingly enough that was the first time I got every leg of my multi-bet wrong! Oh well, they can only get better from here right.  😎

I posted the AFL ladder on my FaceBook Page so you can see the final standings leading up to the finals this week.