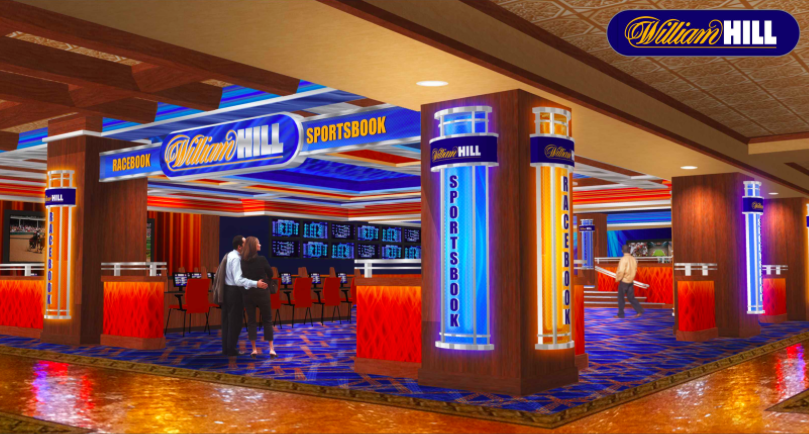 If you remember one of my first post, the Sportingbet Review one, I mentioned that the sports betting site I really wanted to join was William Hill! The main reason for this was because they’ve been in the sports betting industry for ages and were one of the most respected sports betting agencies around. Unfortunately they weren’t taking on any Aussie customers. Instead they directed me to join either Sportingbet or Tom Waterhouse.

Because I thought Sportingbet to be the best sports betting site in Australia that was the one I joined. I later joined Bet365 and Sportsbet. I joined them partly to test the for this blog, but also because I’ve learned from experience that it’s best not to place all your eggs in one basket. Being a member of more than one of the best sports betting sites meant I could get the best odds. That and also I had other sites to fall back on if the one I was about to use went offline. Can you imagine the frustration of not being able to place a bet online minutes before the game because the sports site had crashed?  :pull_hair:

Way back in 2013 the Sydney Morning Herald reported William Hill To Axe Online Betting Brands. It said, “William Hill, which is one Britain’s biggest wagering operators, spent $700 million establishing a presence in Australia through the purchase of TomWaterhouse.com.au and Sportingbet (which owns Centrebet) in March.”

Then in July the following year it was announced that Tom Waterhouse takes top job at William Hill.

Well, I got an email the other day confirming that after all these years it’s finally going to happen. William Hill will be consolidating it’s sports betting sites in Australia. That means over time we will be saying goodbye to Sportingbet, Tom Waterhouse and Centrebet.

They reckon that Sportingbet will be the first to be rebranded by William Hill. Not surprising considering many people get it confused with Sportsbet. Centrebet will be next and finally Tom Waterhouse.

Personally I’m more than happy that William Hill will finally be unifying the brands. It will certainly decrease the confusion out there, that’s for sure. One would expect William Hill to continue to develop the Australian market and who knows, in time it could well become the best sports betting site in Australia. 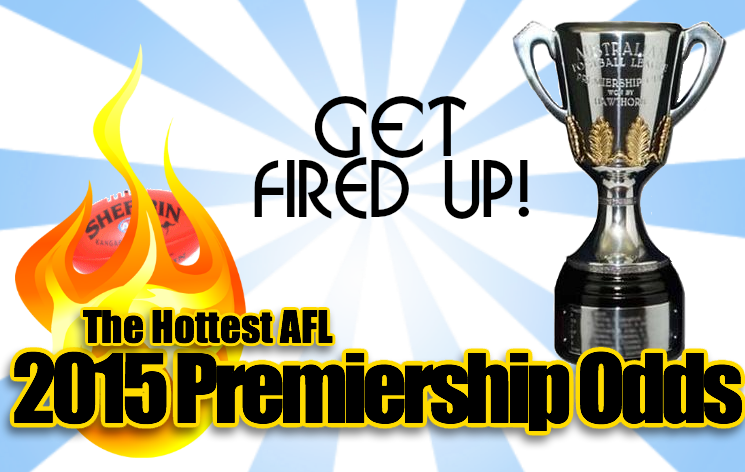 I don’t know about you but it’s pretty bloody boring now that the AFL season is over. There’s not much on TV these days so what is a guy supposed to do. Luckily I have this blog to keep me amused. Especially when I research those Hot Sports Babes posts. Speaking of which, have you voted for your hottest sports babe yet?

What’s really aggravating is now that the AFL is over I need to find something else to put a bet on. Problem is I don’t really know much about any other sports.  :thinkin:

Did you know that you can actually place a bet on the 2015 AFL Premiership winner? Yep, and like I’ve said before placing an early bet can get you pretty good odds. Let’s check out what our favourite sports betting sites are offering on the AFL 2015 Premiership.

Getting In Early On AFL 2015 Premiership Odds

What a disappointment that was. It seems that bet365 is the first one off the blocks as far as releasing the AFL 2015 premiership odds. Not to worry, it just means I’ll have to do another post at a later date when the other two catch up.

Can you imagine being a St Kilda supporter and placing ten bucks on your team and they actually won? You would have an extra $5000 to spend over Christmas. Or perhaps you could spend it on a nice holiday or put it towards that engagement ring you’ve been planning to buy.

It’s interesting that the Crows are somewhere in the middle at 26.00. I would have thought that not having a coach to get them to the AFL 2015 premiership would have put them a lot lower in the table.  :tongue_out:

[highlight]EDIT: Check out the followup post on getting the best odds.[/highlight]

Did I not tell you in my last bet of the week that Germany were going to win the 2014 World Cup! The image on the right shows you

. I wrote about it in the post, When A Win Is Not A win. The problem is even though they won they didn’t do it the allotted 90 minutes. They only won after the game went into extra time. Apparently, that does not count. So, that’s 5 bucks down the drain, but then that’s the way things roll in the betting world right.

You may have noticed that even though I got all the other bets wrong those lovely guys at bet365 returned my wagers back. I’m not sure why, but I’m not one to look a gift horse in the mouse. I’m more than happy to take it.

I did do a bit of research though and I did manage to find the following.

So, that was my bet365 result for last weeks bet of the week. it’s now time to have a look at what some of the news services have to say about the 2014 World Cup Final.

News.com.au has some brilliant photos. They talk about Messi being named this World Cups best player while German Manuel Neuer was named the tournament’s best goalkeeper! and was given the Golden Glove.

BBC news, rather than report the World Cup German victory has decided to go with a political article. “World Cup. Will German Victory Help Angela Merkel” I don’t want to show my ignorance but I’ve never heard of Angela Merkel and therefore I couldn’t care less if it helped her political career.

I thought that Fox News Latino World Cup Final article was pretty good. But then you kind of expect that from the guys at Fox News. If you didn’t get to actually see the World Cup final you’ll find that the Fox News narrative very informative. I especially liked the way they described the winning goal.
[contentbox bgcolor=’f2f2f2′ border=’999999′ borderwidth=2 flareshadow=400 width=400 left=”yes”]In the 113th minute, he centered the ball perfectly to striker Mario Gotze, who had entered in the 88th minute. Gotze brought the ball down with his chest, and, as he was falling, drilled the ball into the far end of the goal with his left.

One of the prettiest goals you will ever see, on the biggest stage imaginable.[/contentbox]

Just to finish off, I managed to find some Germany vs Argentina 2014 World Cup Final video.