Man, a long time’s passed since my last sports joke, which happens to be the New Golf Shoes joke. I’ve posted a few sports jokes, but I reckon this is the first ever rugby league joke. I’m pretty wrapped with this rugby league joke too because it’s so damn funny.

Noel Cleal flies to Kabul to watch a young Afghani star play with an inflated goat’s bladder in a local game of rugby league. He is suitably impressed, gets on the phone to Des Hasler, signs the boy on the spot and arranges for him to come over to Sydney.

Two weeks later The Doggies are 12 – 0 down to The Sea Eagles at home with only 20 minutes left – it’s been a hard day at the office. Hasler gives the young Afghani winger the nod, and on he goes. The lad is a sensation, playing an absolute blinder. He scores three tries in 20 minutes, converting all of them himself, from out wide and wins the game for Canterbury.

When the player comes off the ground, he phones his mum to tell her about his first day in the NRL. “Hello mum, guess what?” he says “I played for 20 minutes today, we were 12 – 0 down, but I scored three tries – they call it a hat-trick -, and we won. Everybody loves me, the fans, the press, they all love me! I’m so bloody happy mum.”

“Wonderful,” says his mum, “Let me tell you about my day … Your father got shot in the street, your sister and I were ambushed and assaulted – she would have been raped but for a passing police vehicle. Your brother has joined a local gang of looters and set fire to some buildings and all while you tell me that you were having a great time!!”

The young lad is very upset. “What can I say mum, but I’m sorry.”

Luckily for us, Victoria has another cool rugby league joke for us. 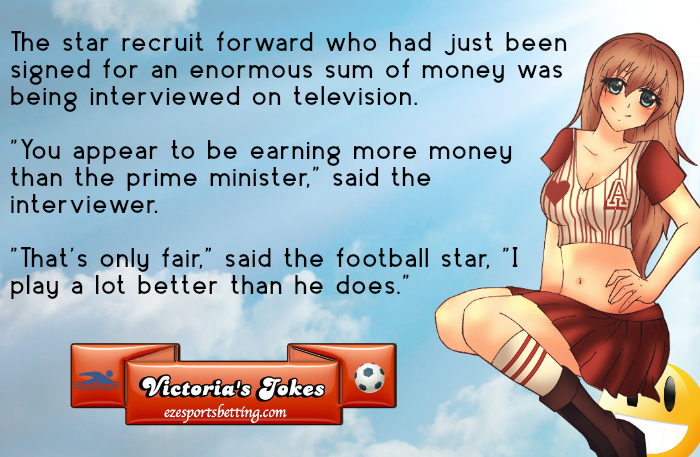 If you’re looking for more laughs, you should check out my Laughahlics videos. Better still, check out my latest funniest Adults Only jokes.

Man, I’m missing my footy. I think it’s time for another sports joke. Today’s sports joke is about some new golf shows. I’ve written a few sports jokes, like the Golf Hand Job Sports joke and one about general golf humour. As you’ll see, this new golf shoes joke is a little different and one that I’m sure you will like.

Bert, at 60 years of age, always wanted a pair of soft spike golf shoes like Fred Couples, so, seeing some on sale after his round, he bought them. He was so delighted with his purchase, he decided to wear them home to show the misses.

Walking proudly into the house, he sauntered into the kitchen and said to his wife, “Notice anything different about me?”

Jennifer who’s 50, looked him over and replied, “Nope.”

Frustrated as hell, Bert stormed off into the bathroom, undressed and walked back into the kitchen completely naked except for the new golf shoes. Again he asked Jennifer, a little louder this time, “Notice anything different NOW?”

Jennifer looked up and said in her best deadpan response, “Bert, what’s different? It’s hanging down today, it was hanging down yesterday, and it’ll be hanging down again tomorrow.”

Furious, Bert yells out, “AND DO YOU KNOW WHY IT’S HANGING DOWN, JENIFER?”

“IT’S HANGING DOWN, BECAUSE IT’S LOOKING AT MY NEW GOLF SHOES!

“Without missing a beat Jennifer replies, “You should have bought a new hat!”

How cool was that. To continue with the golf humour Victoria’s put something together to add to her Victoria’s Jokes collection. 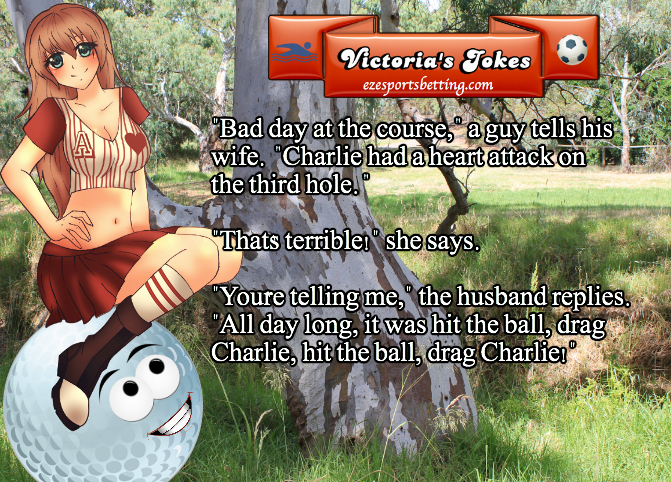 Knowing how much you guys love a great joke I’m going to include a link to my very popular Friday Funnies. If you missed some of my sports jokes just click here. Or, perhaps you’re more interested in some Hot Sports Babes. 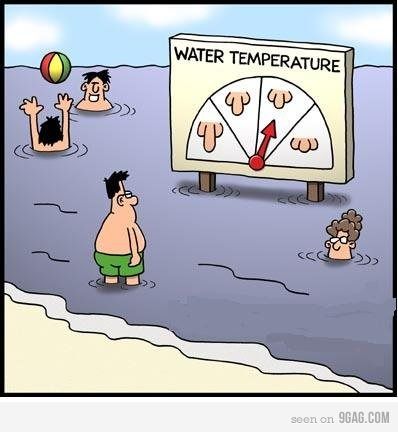 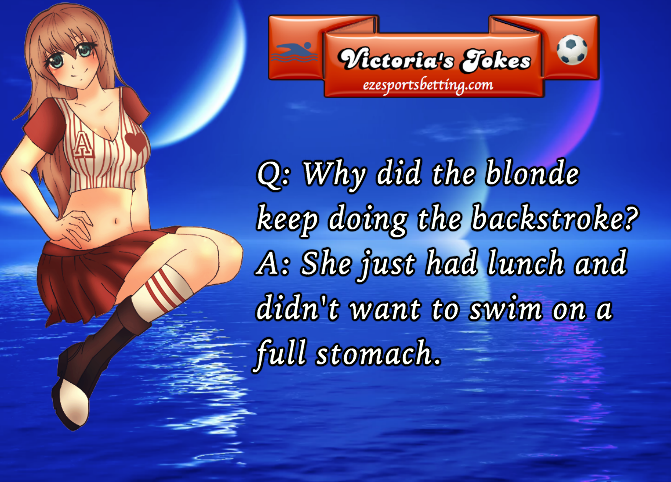