What do you think of a sports tool of the week post? This is a post where we look at some of the dumb things that sportsmen and women do and then select the one who did the dumbest thing and award them the Sports Tool Of The Week Award.

The problem is that sports ‘tools’ don’t come about that often so it would be a little hard to do a post every week. This means that while the award is called Sports Tool Of The Week, it will encompass a bigger time span.

Sports Tool Of The Week Nominees 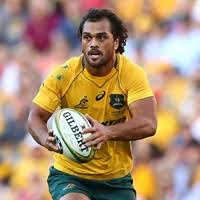 For our first nominee we have Karmichael Hunt. Here is a sportsman who should be counting his lucky stars being able to play for the Wallabies, representing Australia. As such you would think he understood the fact that he’s now a role model. Sort of makes you wonder why the hell he would even consider taking drugs.  :pull_hair:

Instead he gets caught with some ‘white powder‘ whilst being searched by police. Not the first time he’s been caught with drugs either. I would have thought he would have learned the error of his ways. What a bloody tool!

Then there’s Harley Bennell who was fined for excessive drinking. Here’s another sportsman who should know better. When will these tool learn that they are always in the public eye and should act accordingly. If they can’t do that then perhaps they should be thinking of another career choice.

Bernard Tomic is our third sports tool of the week nominee. Fans and tennis greats alike, have called him an arrogant tool. This is because of his sarcastic comments after losing to Italian Lorenzo Sonego, ranked 217. Should have been a fairly easy win for Tomic who was ranked 143.

Oh well, at least he can sit back and count his millions.  :tongue_out:

The Sports Tool Of The Week Award Goes To…. 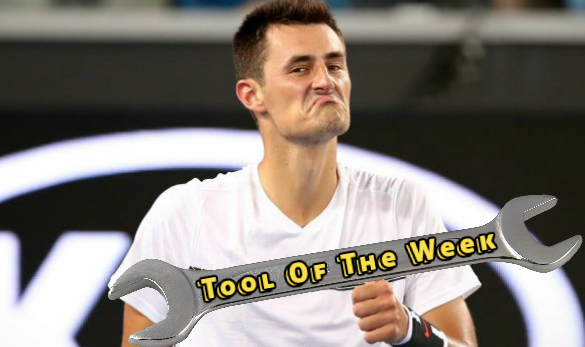