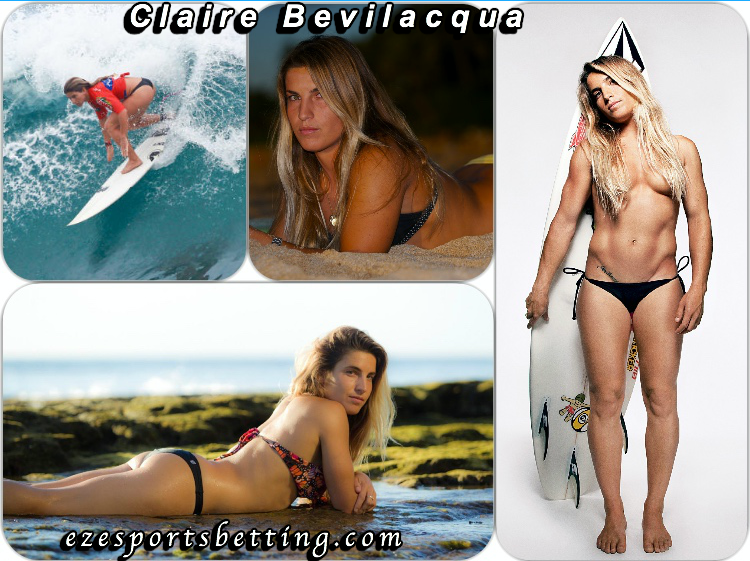 Her surfing prowess has gotten her first place in several competitions including the Pipeline Pro in Hawaii in 2009  and in the Hello Kitty Pro in Huntington 2004.

I’m not the only person that thinks she’s hot as ESPN featured ‘quasi nude‘ images of her in their magazine. You can see one of those in the Claire Bevilacqua collage above.

When asked about posing in her near naked photo shoot Claire had this to say, “They took me to an old windmill style house on the beach at Malibu with a private beach and waves out the front. There was a gay hairdresser and really friendly make up artists, and everyone was young, chill and acted like it was completely normal. I get my kit off all the time in the surf and I wear Brazilian bikini bottoms so I’m comfortable in my skin. The shoot went for eight hours and by the end I was having a lot of fun.”

Claire certainly has a body that artists would love to portray. In case you’re wondering what a painting of Claire Bevilacqua would look like I just happen to have one for you. 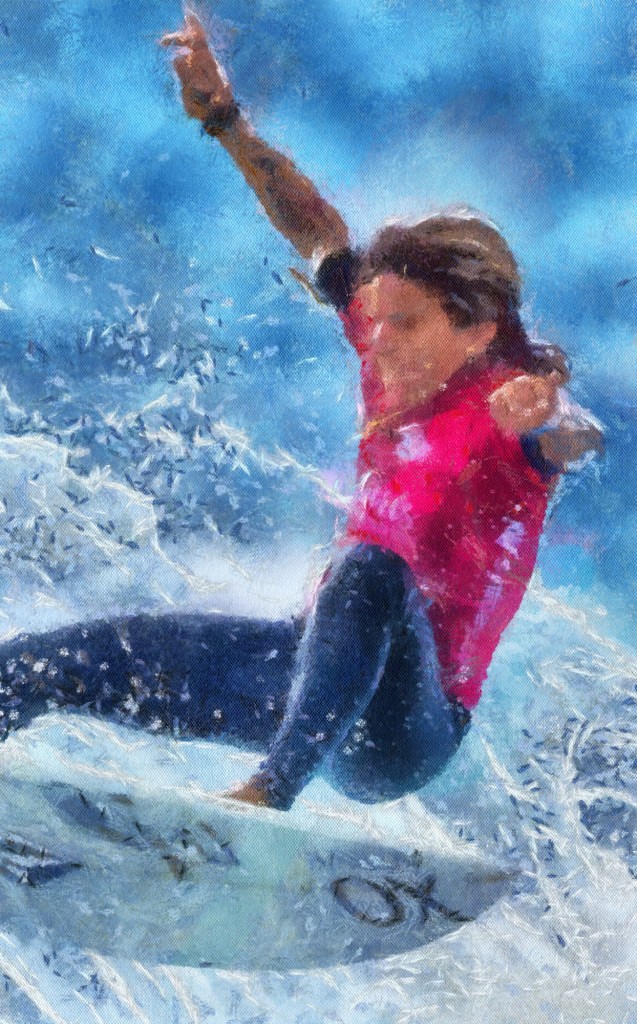 I’m actually on Fiverr where I transform images into works of art in case you have a photo that you would like converted. Some of my computer generated images are so good they feature in my Dreamstime account.