Yeah, you heard it right ! say the Demons were robbed in Sunday’s match against Port Power. It’s not just because I put money on them either, as I wrote in my last post. I didn’t get to watch the game because I had to work. Regardless I snuck a peek every now and again at my iPhone and imagine my excitement when Melbourne pulled away from Port Power. Excitement that was only there because I placed a bet on that game. If it wasn’t for the wager I wouldn’t have given a toss what the result of the game was,

Why The Demons Were Robbed

I didn’t find out that the Demons were robbed until I got home and spoke to my son Frank. Frank had also placed $5 on 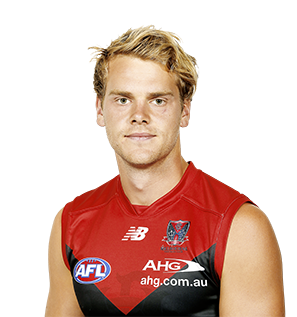 Melbourne to win, only he used Sportingbet whereas I used bet365. Frank also admitted that having a bet on the game did make it a lot more exiting to watch.

Anyway, Frank told me that the Demons were robbed in final stages of the third quarter. He reckons that mere seconds before the three-quarter-time Port Power were given a free kick which resulted in them scoring a goal. If it wasn’t for that goal the Demons would have won and I would have had a winning bet rather than a losing one.

If you watch the replay in the video below you’ll see that Jack Watts clearly punched the ball first in a marking contest against Port’s Chad Wingard. The Demons were robbed because Jack Watts was penalised for high contact. Son the stupid umpires awarded Wingard the free from which he kicked that damning goal. A goal that gave Port the lead and cost the Demons the game..

Round 18 AFL Showing Demons Were Robbed in 3rd Quarter

So, what do you think? Were the Demons Robbed? Leave a comment if you’d like to have your say.