It’s all over. The 2015 AFL season Hawthorn is once again the AFL Grand Final Winners. That’s an AFL Grand Final winning hat trick. Pretty good really, but it got me to wondering if anyone else has performed that feat. Heck I was pretty proud when the Crows won back to back in 1997 and 1998! After a bit of research I found out that this wasn’t the first time in AFL history where an AFL team had won three premierships in a row.

Imagine my surprise upon discovering that Collingwood actually won 4 Premierships in a row, way back in 1927, 1928, 1929, 1930! Here’s a list of other multiple Grand Final Winners.

Collingwood’s made the multiple AFL Grand Final winners list three times and is the only one to win 4 in a row. Essendon has won back to back on four occasions.

If we were to say that the AFL came into being in 1990 then the only AFL Grand Final Winners of note would be Brisbane Lions and Hawthorne for winning three in a row. What’s really cool is that the Adelaide Crows were the first and only back to back winners in that time period.  :drunk: 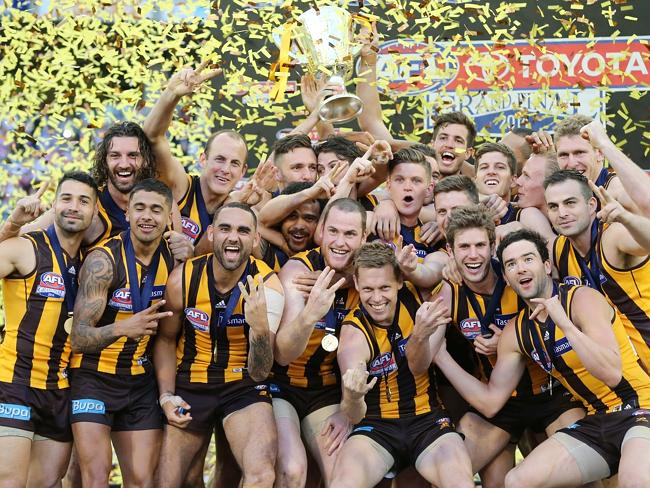 So while Hawthorn hasn’t been the first consecutive AFL Grand Final Winners one has to wonder whether or not they can do it again. There are some who believe that if the ‘Free Agency’ rules continue to apply then Hawthorn’s dominance in the AFL will continue as good players continue to vie to become Hawks. If true then something needs to be done otherwise Grand Finals fever will dwindle as one club continues to dominate over all others.

As for me, although I really wanted West Coast to win I can’t complain because I followed Fortuna’s advice and backed Hawthorn which resulted in another winning bet!  :clap2: