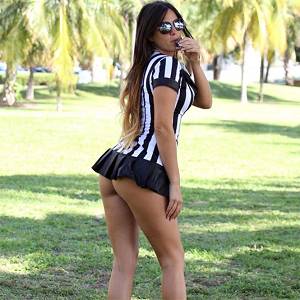 It doesn’t really matter which sport you follow you are bound to come across some really, sexy hot sports fans. In my Body Paint Sports Style post I featured a couple of sexy hot sports fans. But the Hot Sports Babe in that post was undoubtably Andressa Urach a true soccer fan. And she wasn’t shy at all about going topless and having her voluptuous torso body painted. The other topless babes in that post just shows how dedicated some hot sports fans really are.

Todays hot sports babe is another really hot sport fan and just happens to be a really hot model. Her name is Claudia Romani.

Claudia Romani was born in Italy on April the 14th 1982. That makes her a smoking hot 32! According to Wikipedia she was born in L’Aquila, Italy but moved to Denmark in her teens. She did some studying in England but now lives in Miami Florida. I can just see those long legs of hers strutting down the Miami beach, can’t you?

As far as her modelling career goes she’s done some work for FHM, Maxim, Cosmopolitan, More! and even Playboy. FHM actually names this Hot Sports Fan one of the World’s Most Sexiest Women in 2006. Q magazine even reckon she has Denmark’s most beautiful legs. Man, check out those legs! I reckon other countries would be happy to have her over so they could judge those legs for themselves

Some of Claudia Romani’s commercials include major companies like Samsung, Ford and Toyota. 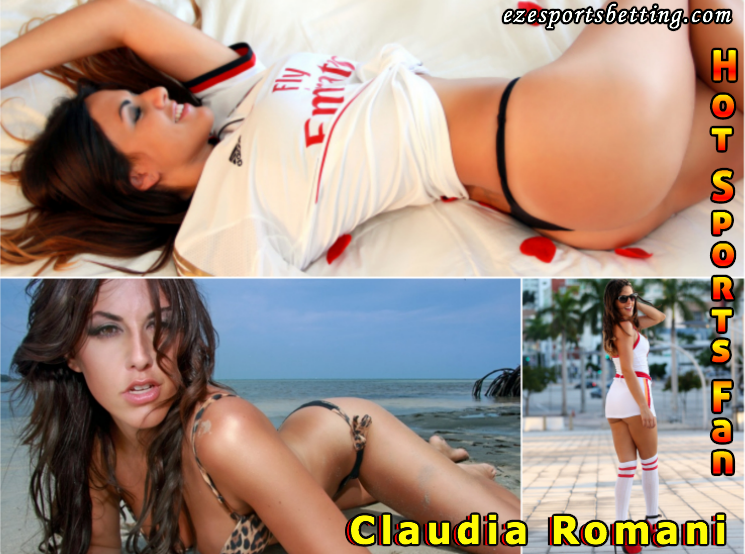 Yep Claudia Romani has many titles that she can lay claim to, including being “named one of the “10 Most Beautiful Italian Women” by The Richest.org in 2013.” Yep, she’s all that and she just happens to be a huge soccer fan and her latest title is ezesportsbetting.com Hot Sports Fan!. In regards to soccer it appears she loves her AC Milan.  At least one would think that was the case after spotting her in Miami wearing some AC Milan gear. I don’t know about you but you have to admit that Claudia Romani looks a lot sexier than any AC Milan player? Not to mention she fills that guernsey really well. Looks like she knows how to handle her balls as well 😉 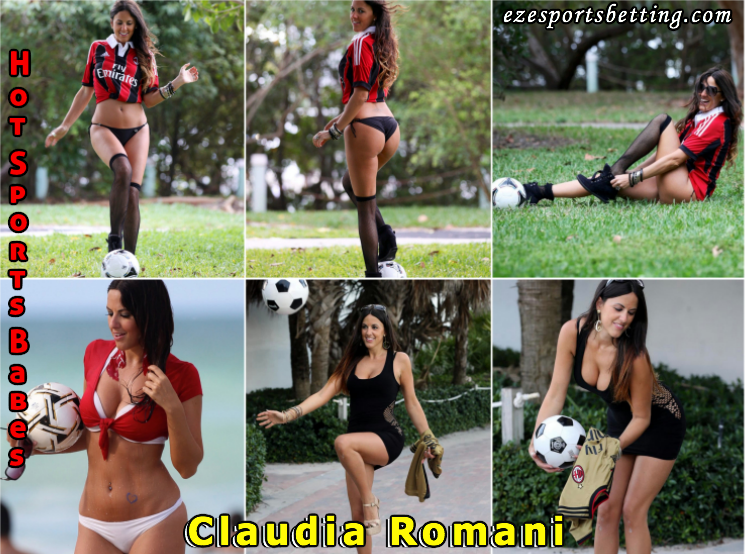 Alright! Just to finish off this here is a video of our latest Hot Sports Fan, a real hot sports babe Claudia Romani.

So, what did you think of our latest hot sports babe?

Vote For Your Hottest Sports Babe