Now that Christmas is over and done with, and I hope you had a really nice Christmas, I thought I would hunt around the net to see what interesting sports news I could come up with. 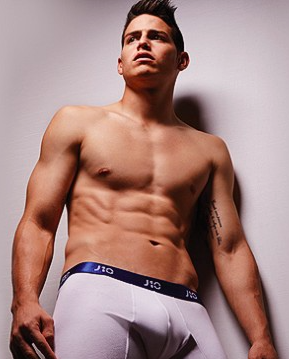 Apparently he is not the first one to release his version of underwear either. You can head on over to the CNN article, the above link, to see what other stars have released. Even though the article says that these sports stars underwear are a big hit for Christmas I personally can’t think of anything worse to get for Christmas.

Seems to me that good old James here has a pretty good six pack, If any of the ladies out there would like me to do a Hot Sports Hunk post on James Rodriguez all they need do is leave a comment, or drop me an email using the contact link in the menu above.

The next bit of interesting sports news revolves around soccer as well. It seams that these professional soccer players still have a lot to learn when it comes to headbutting. Some seem to forget in the heat of the moment that headbutting just isn’t allowed. The latest headbutting incident, as reported by the Huffington Post involved Arsenal’s Olivier Giroud. Giroud headbutts Nedum Onuoha for a push in the back. The post has video showing the headbutting incident but I reckon the one that I found is heaps better.

I don’t know about you but that headbutt looked a little soft. Sort of makes you wonder if the recipient went down a little too easily. Still, I suppose you had to be there to really feel the pain. 😉 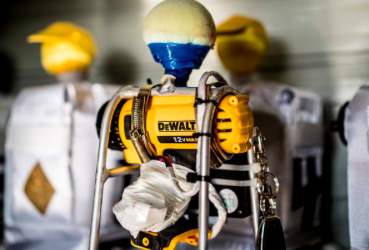 I found this next really, really interesting sports news story at the New York Times! It’s all to do with camel racing. The story takes place at Abu Dhabi in the United Emirates. Camel racing is a sport that has been hundreds of years dating back as far back as the seventh century,

As in all racing weight is an important factor and so it is with camel racing. Camel racing has for some time got a really bad rap because it used to involve the kidnapping of young kids, as young as 2 or 3 to be used as jockeys. The article reports that at one stage an estimated 40,000 child jockeys were being used in the Persian Gulf!

Not today though. Nope now the Arabian jockeys have gone high tech. They’re now using robots as jockeys! You can see one over there on the left. The beauty about these babies is they only weigh a few pounds. Yeah, you guessed it, the DeWalt is the robots major component. Yeah, I know, you want to see a camel race in action. You also know I’m not one to disappoint.  :thumb_up:

That’s it folks, those are my top three interesting sports news!