My latest sports news that I find absolutely astounding is Brazil’s loss to Germany in yesterdays Fifa World Cup match. The loss itself isn’t so bad. In soccer, or any other sport for that matter, upsets occur. What is surprising is the magnitude of the loss. The final score was 7 – 1. That’s seven goals to Germany and only one for Brazil. Naturally the fact Brazil is hosting the World Cup makes such a loss even more embarrassing.

In the latest sports news, published only minutes ago, news.com.au are predicting mayhem when daylight finally hits Brazil. 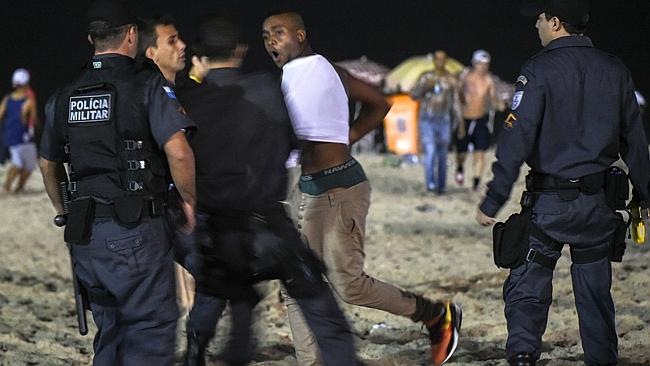 They reckon that a repeat of of what happened after the 1998 World Cup Final loss to France is not out of the question. The assumption being that the Brazilians are too numb from the shock of it all to react after the game? Really? I would have thought that if anything was to happen it would have happened then and there, after the loss. Certainly not after they have slept the loss off, But that will all depend on whether there are certain Brazilian fans out there who are willing to stir things up. After all Brazilians are well known for their hot temper. Let’s not forget the beheading of the referee who stabbed a player in an amateur soccer game last year.

I reckon he’s got that right.

I think that pretty well sums up the general consensus of the latest sports news concerning the Fifa World Cup 2014, at least as far as Brazil’s loss to Germany that is. Feel free to add your view of that particular game in the comments section.