A while back I did a post on Australia’s biggest lottery. At the time it was worth $30 million. It’s currently the Powerball which is worth $15 million. Wouldn’t it be great to finish off 2014 by becoming a instant millionaire. I know this is a sports betting blog but truth be told it’s probably a lot easier to become an instant millionaire by buying a lottery ticket than it is by placing a sports bet. Especially if you buy your lottery tickets online because those who do, like myself, are exposed to a lot more million dollar lotteries than those who don’t.

I suppose you could become an instant millionaire by placing a sports bet but it would have to be a hell of a big wager. Do you remember my punter of the year post? That post listed 5 of the top punters of 2014. The biggest winner won $67,000 for a $10 bet. That’s a long way from becoming an instant millionaire! Let’s have a look at some of the million dollar lotteries available today. 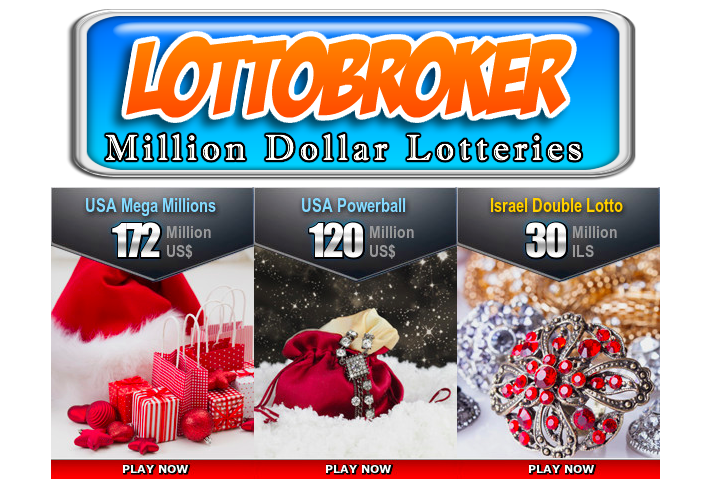 The above image shows the top three lotteries from Lottobroker. The obvious winner in the million dollar lotteries stakes has to be the USA Mega Millions at a whopping $172 million! Then we have the USA Powerball at $120 million and finally the Israel Double Lotto which is worth US$7,672,245.

I thought the Israel one a little dismal so I checked out theLotter. Even though theLotter is a little more expensive I’ve found they offer a lot more lotteries to their members.

TheLotter is offering a subscription deal on the four biggest lotteries – Mega Millions ($172 million), US Powerball ($120 million), Australia Saturday Lotto (AUD $30 million), or La Primitiva (€19.8 million) where you get every 7th ticket FREE!

The question is are you prepared to leave your old life behind you and take a chance at becoming 2015 newest instant millionaire? Time is running out so get your ticket today in the lottery of your choice. Heck you may even want a ticket in each of the lotteries, 😉