OK, if you’ve been following me you know I know sweet FA about horses and so I don’t expect anyone to take any notice of my Melbourne Cup tips. I know that revelation will probably hurt the ‘expertise’ standing of this site but then I’ve never meant to suck people in. I’ve always said I was a newbie at sport betting, but I am learning and I’m sharing that learning experience with the rest of you.

I reckon the reason I’ve never followed the horses is because there is so much to take into consideration when it comes to pick the winning horse. Obviously you need to know the horse and jockey but there other things you have to consider, things like the weather. Take Fame Game, the Melbourne Cup favourite. Apparently its well know that Fame Game loves a firm ground and the few showers over the last couple of days have caused punters to reconsider there Melbourne Cup tips, shying away from Fame Game. Which is good for those betting on Fame Game as the odds aren’t falling as much as they could have been. At the time of writing this post William Hill‘s odd for Fame Game was $5.75 for a win and 2.25 for a place.

Trainers also have a lot of influence when it comes to working out your Melbourne Cup tips. Having the right trainer is one of the reason why quite a few punters are tipping Our Ivanhowe​​. William Hill is offering $20 for a win and $5.80 for a place. While Our Ivanhoe​’s trainer, Lee Freedman, has five Cup winners under his belt which is a long way from Bart Cummings 12 it’s still a pretty good run.

Punters sometime take other things into consideration when coming up with their Melbourne Cup Tips. For some the Barrier Factor is very important. Barrier 18 has rarely had a winner so that would be an important consideration. Check this site for the Melbourne Cup 2015 Barrier Draw.

Other things to consider would be the Jockey weight, length of the track and some people even go so far as looking at the colour of the horse and even the jockey silks. Shit, as if thing weren’t complicated enough as it is.

No wonder I could never get into the horse racing thing. Luckily the Melbourne cup only comes around once a year. 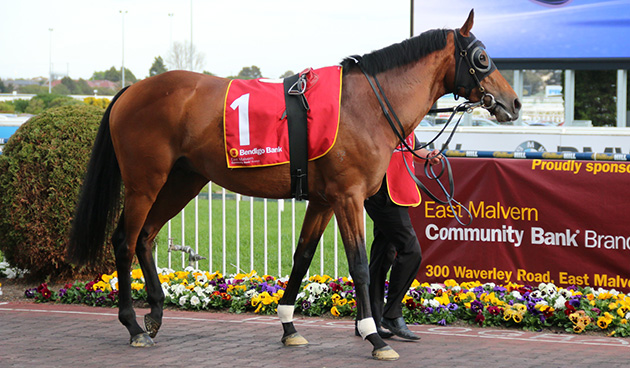 Did not finish: Red Cadeaux

So, how did you go? I hope you did well on this years Melbourne Cup.