NAB Challenge Round 4 Results Not Bad 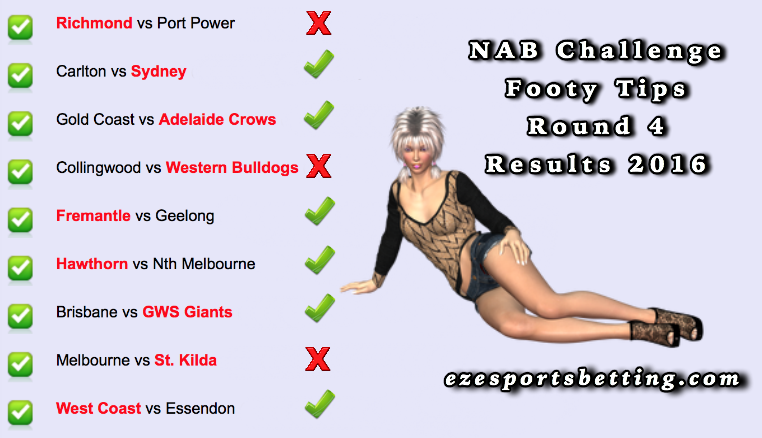 As far was the NAB Challenge round 4 results go I reckon I did pretty damn good. As you can see from the image below I only got three wrong. Unfortunately one of those was part of my Bet365 multi-bet. To make matters work it was the first bloody leg of my multi-bet.

I put a link to that multi-bet on NAB Challenge round 4 tips post. I do that in all posts where I say that I’ve placed a bet. That way, anybody who happens to read those posts know I don’t just talk about placing bets with those online sports betting sites. I actually do use them to place sports bets. How else can you promote anything unless you’ve actually used them?

Even though Richmond cost me my multi-bet I’m sure they’re felling pretty bad because of all the injuries they received playing Port Power. Fox Sports had a pretty good writeup of that match.

Who Won The NAB Challenge 2016

I honestly didn’t expect Melbourne to be there, but then it is only preseason after all.

You can see the full 2016 NAB Challenge ladder here.

How did you go with your NAB Challenge round 4 results?

Bet Only What You Can Afford To Lose