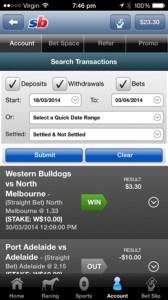 Let’s face it, people love sports. Watching your favourite sport can be very exciting.  Betting on your favourite team to win makes it even more exiting. Shit, even when you know your team is going to lose you can still keep the game interesting by betting on the opposition. It’s even sweeter when the opposition offers better odds 😉 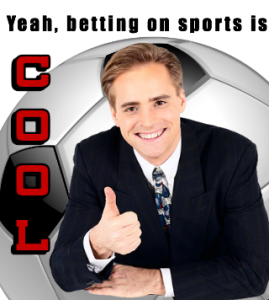 Life these days can be pretty hectic which is why I’m always on the lookout to simplify things in my life. That’s why I now buy my lottery tickets online.

As far as betting on sports goes I was never one to place a bet on the races or a footy game because it was all too hard. I didn’t have time to go to the TAB and trying to organise one via the phone was just a pain in the arse. That’s when I decided to try try and do it online. Don’t know why it didn’t come to me sooner, especially after discovering I could buy lottery tickets online.

I set this site up so others can learn what’s involved. I decided on a blogging platform so I could interact with all the other punters out there.

As time goes on we’ll see this site evolve learning all that’s involved in online sports betting. We’ll discuss betting tips and tricks. We’ll talk about responsible gambling, because we sure as heck don’t want to develop any gambling problems. We’ll look at available products that will enhance our betting experience. Seeing as how I love jokes I reckon I’ll even post a few sporting jokes. 😀

Some sports betting products you may consider: