Of all the sports you place a bet on I never thought that darts would be one of them. Sure your mates might place a bet amongst each other over a local darts game. Sort of like, ‘hey Darryl, I bet you ten bucks you can’t hit the bullseye’, type of thing. Sure I knew that darts was more than just a sport played in a pub. I even knew that there are tournaments that are held world wide. Do they call them tournaments? But that people could actually place a bet on a darts game through their bookie.

If you love the game of darts you probably know that one of the biggest tournaments is being held this weekend. I’m talking about 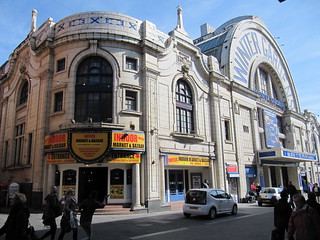 the World Match Play. Yep, this once a year tournament is on this weekend. If you have some loose change available you may even want to book a spot at the Empress Ballroom which you’ll find at the Winter Gardens in Blackpool.

If you leave right away you’ll still get to the World Matchplay in time as it’s being held from July 19-27. Skysports reports that the “world number one Michael van Gerwen and 2007 champion James Wade both in action on the opening night. If you’re looking for the World Matchplay schedule of play that link will take you right there.

For those of you who are unable to go to Blackpool to watch the World Matchplay live you’ll be happy to know it is being shown on Foxtel.

I’ve checked both my bet365 and Sportingbet

apps and I’m happy to report that they both offer World Matchplay to their punters.

Other reputable online betting portals that offer their punters the World Matchplay include;