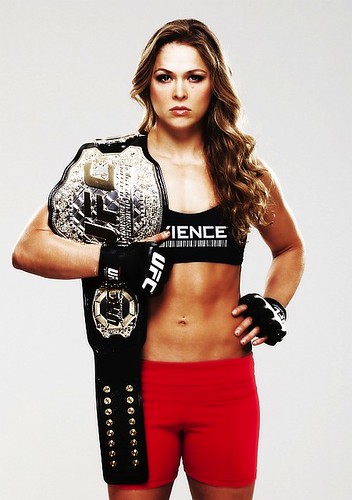 I’ve looked at a few of the sexy women that take part in UFC and out of them all Ronda Rousey is my favourite hot sports UFC babe. Even though I’ve never seen her fight I’m not at all surprised to find out that she is the current UFC Women’s Bantamweight Champion. The reason I’m not surprised is because she’s also happens to be a mixed martial artist as well as being proficient at judo. Put all this together and you have to admit Ronda Rousey is a pretty tough hot sports woman. Pretty impressive considering she’s only 27 (born February the 1st 1987)

What’s really amazing is Ronda Rousey’s win ratio. According to the UFC’s page on Ronda Rousey she’s got a fantastic win ratio. Out of her 10 matches she’s won the whole lot.

That page actually has a lot of interesting material on Ronda Rousey including her training regime. It seems her hero is Fedor, a Russian politician and retired Mixed Martial Artist (MMA).

It’s obvious that she owes her taut and terrific body to her strict workout regime. Her wins can most likely be attributed to this as well as the sport she’s in. I’m sure it’s also due to will and focus to win.

She’s an all round hot sports babe. One who’s great at her chosen career. The fact that she’s a real honey is just cream on the cake for all her male fans.  :thumb_up: 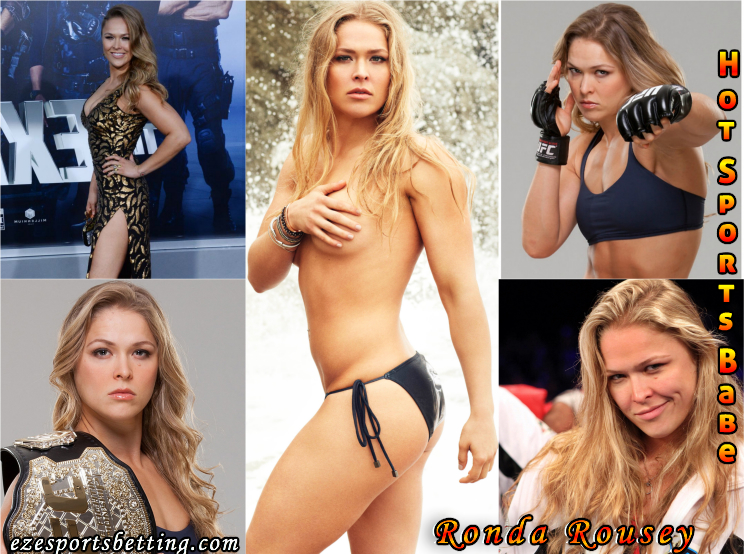 As you can see there is no denying her inclusion in the hot sports babe club. That aside I though you’d be interested in seeing her in action. The following video shows her in action against Miesha Tate. I was actually going to do this post on Miesha Tate but chose Ronda Rousey instead.  😉