I was saying to myself today, ‘What is Ronda Rousey up to these days?’ Especially after her loss to Holly Holm. That match certainly caused a lot of excitement in the betting world. Anyway, I thought I would take a look at any news I could find on Ronda Rousey since that famous, or infamous depending on how you look at it, Ronda Rousey / Holly Holm UFC fight.

News On What Is Ronda Rousey Up To

There are those that are saying that Ronda is going to retire but I don’t believe those rumours at all. To me Ronda is one of those sheilas that just doesn’t quit when she’s down. Sure she took a beating but I reckon once she’s recovered she’s gonna want to have another go at taking Holly down.

An Australian news site reports how Ronda has responded to retirement talk. Questioned as to whether or not she wants to face Holly again Ronda says, “Of course, that’s all I want to do.”

I also found an interesting video about Holly talking about her loss to Holly. She seems really upset about her performance after that fateful punch. Also that last kick did a lot of damage, something that is going to take a long time to recover from.

I’ve even found the full ESPN interview. Here’s a couple of quotes that I found enlightening.

“I just feel so embarrassed. How I fought after that is such an embarrassing representation of myself. I wasn’t even fucking there.”

About the not touching gloves fiasco…”It was just like a reaction,” Rousey says about her decision not to touch gloves with Holm before the fight. “I was like, ‘The last time I saw you [at the weigh-in], you were putting your fist on my chin and trying to get a cheap hit on me, then you turn around and you want to touch gloves? You have to be one way or the other. So if you want to be that way with me, that’s the way it is.'”

To finish the post I’m going to treat you to another lovely collage of the Hot Sports babe Ronda Rousey. 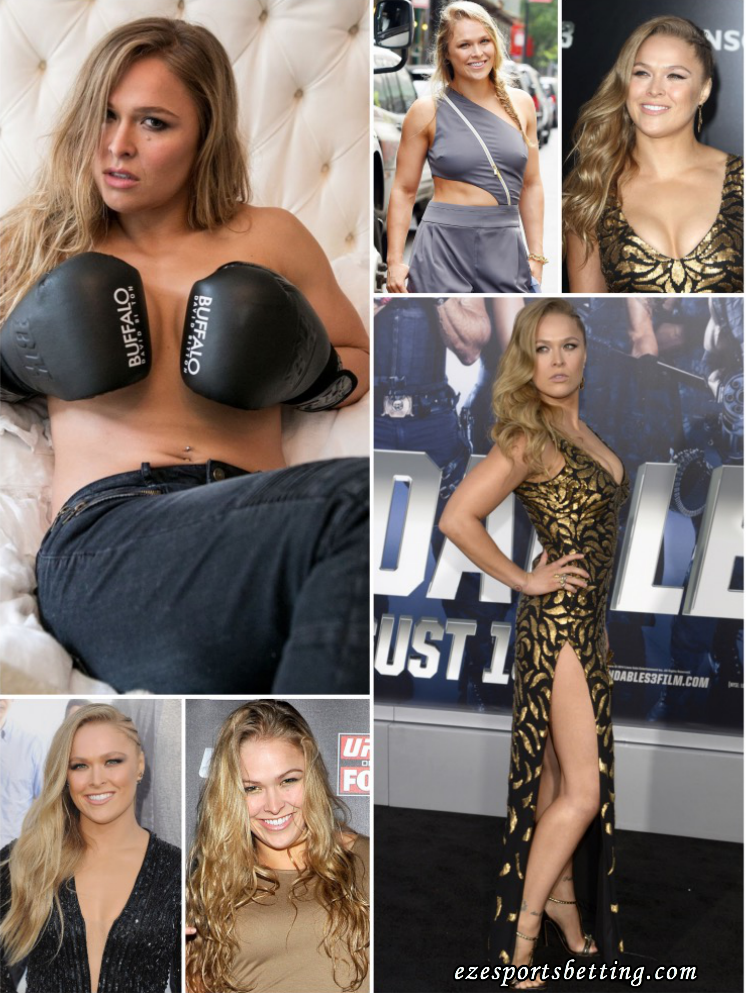 In case you’ve missed my other sexy collages of Ronda Rousey, the first one was when she featured as one of our Hot Sports Babe and the other one when I was dispelling the myth that Ronda Rousey was too masculine.