No bullshit but Fortuna’s round 12 footy tips results were the worst ever. Looking at the image below you can see Fortuna only got 2 of the six right.

Man, I don’t know about you but as far as I’m concerned the AFL round 12 was full of upsets. Still, I expect more from our Lady Luck. Then again, being a mystical woman and all I reckon us mere mortals just can’t comprehend how her mind works. Maybe she’s teaching us a lesson. Or maybe she’s just screwing with us. Personally I think it’s the latter 😉

If you’re following my posts you’ll know that I’m especially pissed that Richmond lost to West Coast. Especially because they were the first leg of my latest MultiBet. That match will have to be the first of the round 12 upsets. Shit, they went into the game with four wins in a row under their belt. One of those being the win agains Fremantle the raining champions! Luckily for them the Crows softened Freo up for them in their last match. Shit, they even had the home ground advantage.

Richmond’s coach Damian Hardwick reckons that game was just a ‘blip‘ in their season. Yeah, we know Damian, you have to say that being their coach and all. Damn you for letting that ‘blip’ happen while I chose Richmond as the first leg of my multi-bet. You cost me my multi-bet mate. Still, shit happens when you gamble with your online sports betting. That’s why responsible gambling is so important. 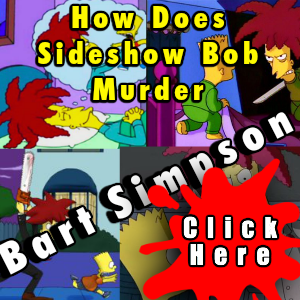 Another major upset would have to be the Port Power Carlton game. That should have been a certain win for Port Power. The fact that they let Carlton in just goes to show you can’t rely on Port Power these days. Which is exactly why I didn’t include them in my Multi-Bet this week.

That costly game has resulted in Port Power learning some important lessons. I’m sure Power supporters are hoping these lessons will result in some wins because the way they’re playing they’re not going to make the eight this season. Mmm, I reckon I might have to rewrite their club song for their impending doom. Look for that in an up and coming post.

TomWaterHouse Can Have The Best Odds