Sabina Altynbekova Who Is This Sexy Hot Sport Babe 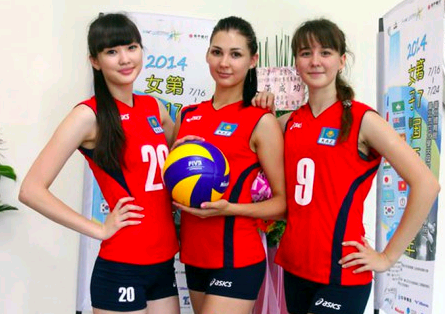 Internet sensation after travelling to Taiwan with her team for the 2014 Asian Junior Women’s Volleyball Championship. Sabina is the pretty girl on the left. If I hadn’t said that would you have picked her as being the prettiest or sexiest of the bunch? As far as I’m concerned they’re all hot sports babes.

Anyway, it seems that the teams coach, Nurlan Sadikov has it in for poor sexy Sabina Altynbekova. It’s all to do with the fuss created by this latest hot sport babe sensation every time she goes on the court. The dumb coach thinks all the fuss is creating a distraction to the team.

“It is impossible to work like this,” Sadikov told Tengrin News. “The crowd behaves like there is only one player at the championship.”

Obviously this wanker has no idea about marketing. If anything Sabina Altynbekova is just what Kazakhstan and volleyball needs. Honestly, do you know of any coach or team who complain about such attention? Especially when Taiwanese fans arrive at least an hour early to games and “holding Kazakhstan flags and following her every move.”

Fans love her so much that Anime images of her are also now appearing on the net. What does Sabina Altynbekova think of all the attention? From what I’ve been reading, at first she though it was all pretty cool, as any young girl would. Now however she thinks it’s all a bit much and she doesn’t seem to be liking all the attention. If anything she wants to be know more for her volleyball prowess than for her beauty. She doesn’t seem to be liking all the social media attention and has even posted on Instagram letting fans know of other fake social media accounts.

Apparently her team finished 7th in 2014 Asian Junior Women’s Volleyball Championship and spent a lot of time on the bench. Perhaps that wasn’t because of her volleyball prowess but more because of all the attention she was getting that her coach wasn’t at all happy about.

I found an interesting CBS Los Angeles article stating six things you need to know about Sabina Altynbekova. Apparently she’s not just a beautiful, sexy hot sport babe as she also has a brilliant mind. “Sabina’s mother told the Kazakhstan newspaper Vesti, the volleyball star went to a boarding school for gifted children and she hoped her daughter would attend law school instead of choosing a career in sports.” Shit woman, don’t say that. Why can’t she be a lawyer and a hot sports babe as well?

Is She Too Hot For Sports

I don’t know about you but in my honest opinion there isn’t a hot sports babe alive who is too hot to play. If anything we need more hot sports babes. The more attention sports get the more todays young will be encouraged to get out there and join their favourite sport.

Yeah, I know you’re waiting for my Sexy, Hot Sport Babe Collage of Sabina Altynbekova and I’m not going to disappoint you. 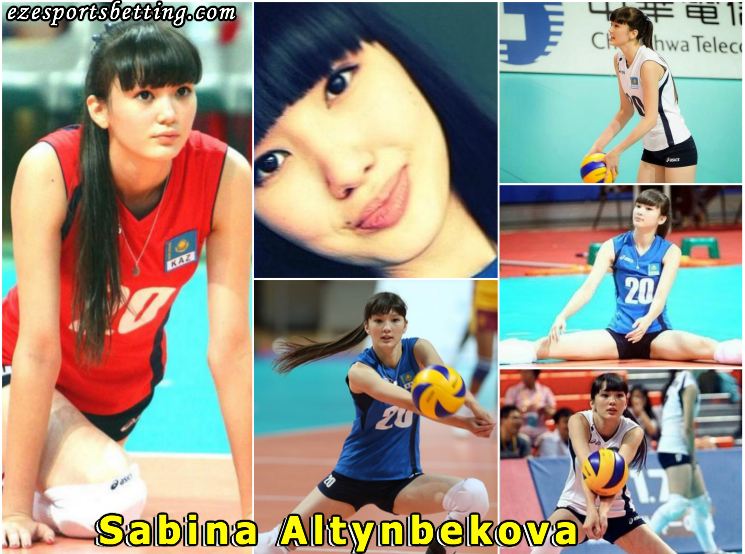 You can actually thank Troy Swezey of Troy Swezey v2 who left a comment on my Sally Pearson Hot Sports Babe post hinting I should do a post on Sabina Altynbekova. You may want to wade in on his latest post about Sexual Double Standards. Having said that, if there’s a hot sports babe that you would like me to include just let me know in the comment section.