I think it’s time for another Hot Sports Babe!. This particular hot sports babe actually featured in my last Bet Of The Week post.  I 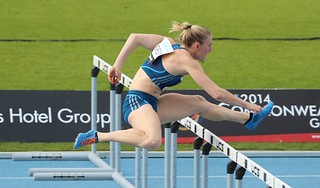 said in that post that Sally Pearson was Hot Sports Babe material. I aslo said she was one hot athlete as well. I was so sure of her abilities that I backes her in the 100 metres hurdles that took place this morning. Yep, Sally Pearson Hot Sports Babe material. I actually watched her in action last night in the trials and she left the competition for dead. This made me a lot more comfortable for the outcome of the race. Unfortunately I missed the actual race because I was at work. Even so I knew she won though by checking my Sportingbet

app. It was nice seeing my betting balance increase by what must have been an exciting win. Yep, another winning bet in my betting portfolio. I think I’m still behind but that’s cool, because I’m enjoying the added excitement  those bets are giving those sports events I actually do get the time to watch. OK, a little about our Sally Pearson Hot Sports Babe.

Sally Pearson is not only a Hot Sports Babe she is an Aussie Sports Champion. One of many. She is the 2011 World champion and 2012 Olympic champion in the 100 metres hurdles. She also won a silver medal in the 100 m hurdles at the 2008 Summer Olympics and the 2013 World Championships. Wikipedia Born on September 19 1986, she’s married to Kieran Pearson and is now living in Queensland on the Goldcoast. Even with all the crap happening around Eric Hollingworth’s, the athletics coach, big mouth! This incredible sexy hot sports babe remained focus and proved to one and all that she was a gold medal contender. 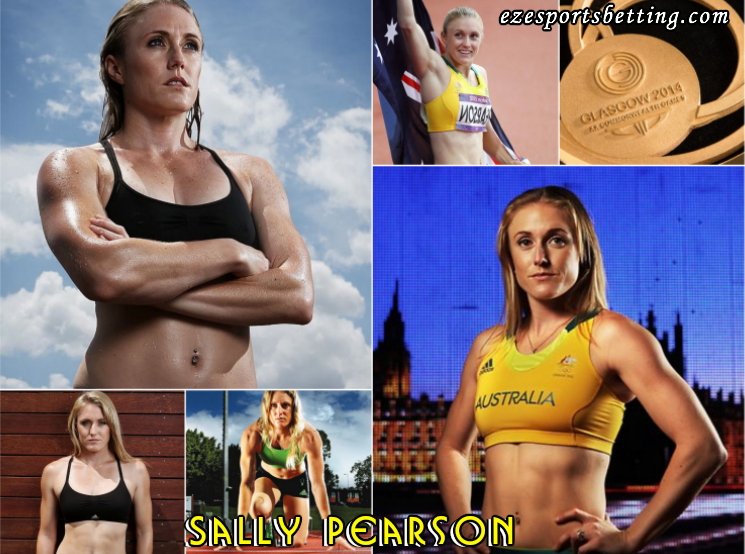 In case you also missed out on her winning the 100 metre hurdle even I found this video on YouTube.