Then first sports news update has to do with golf. It seems that after a lot of years the BBC has lost the rights to the Open Championship starting from 2017. Richard Williams of the Guardian thinks it’s a good thing. That perhaps the change will bring more people back to golf which has seen a steady decline in popularity over the years.

The Telegraph list views from both Peter Aliss of the BBC and Barney Francis of Sky sports. Personally I feel that if Sky sports can improve the popularity of golf then the change is a good thing. Do you know what they really need though? Something that would make the sport of golf really shine? A Happy Gilmore 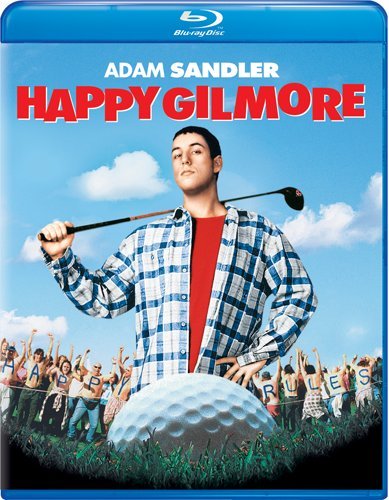 You may remember the post I did on those sexy hot sports babes the Hot Sport WAG’s! Well it seems that the Indian Express has done their own little piece on WAGs. Specifically, WAGs to look out for at World Cup 2015. As this is the first time I quoted something from the Indian Express I thought I should mention they do a lot more than articles on hot babes. I reckon the best way to do that was to quote an interesting article on Brett Lee.

While we’re on the cricket I found an interesting article about how the ICC was planning to reduce the size of the cricket bat after the World Cup! Something the the English Captain, Eoin Morgan, is dead set against. Apparently they feel that the ‘balance’ has been shifted in favour of the batsman instead of the bowler. That made me wonder what about the bat sizes. I came across an article by cricket.com.au which quoted a report that stated, “that while the length and width of bats has remained steady over the years, both the thickness of the blade and the size of the ‘sweet spot’ have increased dramatically.”

So, what do you think, should that start playing around with the bat size? What next, do they make the ball smaller as well?

That’s it for this particular sports news update.