Living in South Australia I have to admit that I may be a little biased about how special a cycling race the Tour Down Under race is. Truth be told I think it’s a great way to showcase some of Adelaide and the surrounding areas to the rest of the world. Easily done when you consider it’s being televised to millions of people from all around the world. Even the regrowth and the destruction from our most recent bushfires.

I reckon the best site for race results would have to be the official Santos Tour Down Under website. In the first leg of the race Adelaide’s Jack Bobridge managed to beat the pack to win the Ochre Leader’s Jersey. 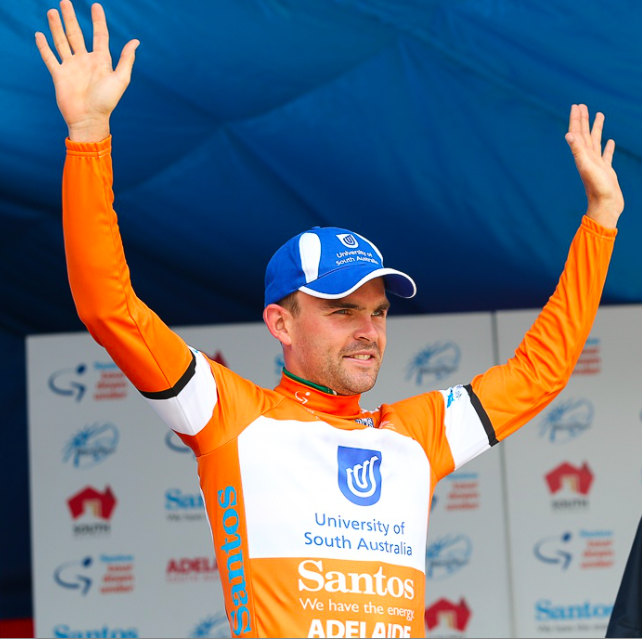 This next photo is of Jack Bobridge in front of Luke Durbridge  going up Checker hill. I don’t know about you but I find it amusing that both cyclists surname has ‘bridge’ in it.  :dreaming: 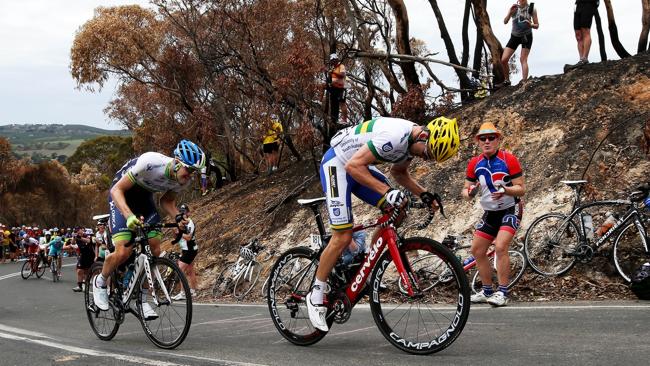 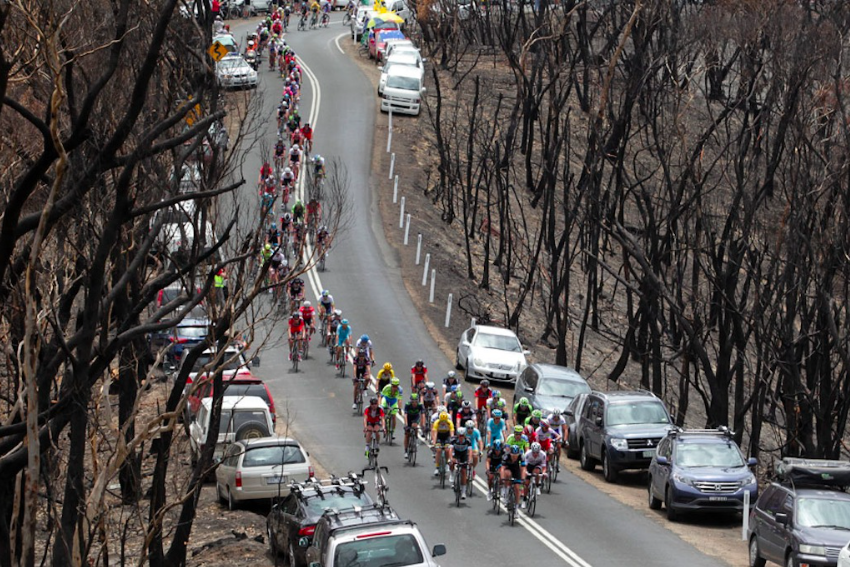 As for the most up to date tour down under highlights I’ve found the best website so far is the SBS website. That link will take you to stage to of the Santos Tour Down Under. Talk about step by step update to the race. For a complete rundown of stage one of the Tour Down Under 2015 you can go to this link.

I’ve never been much of a cyclist but I am really amazed at the distance these guys travel in each stage of the tour. Not only is it a long way but it’s not a leisurely trip either. They do it at some speed but they still have enough energy to sprint to the finish. That would take a hell of a lot of stamina. I know they’re may be some financial gain at the end of the race. Not to mention the prestige of winning. But let’s not forget the adulation of those pretty hot sports babes. 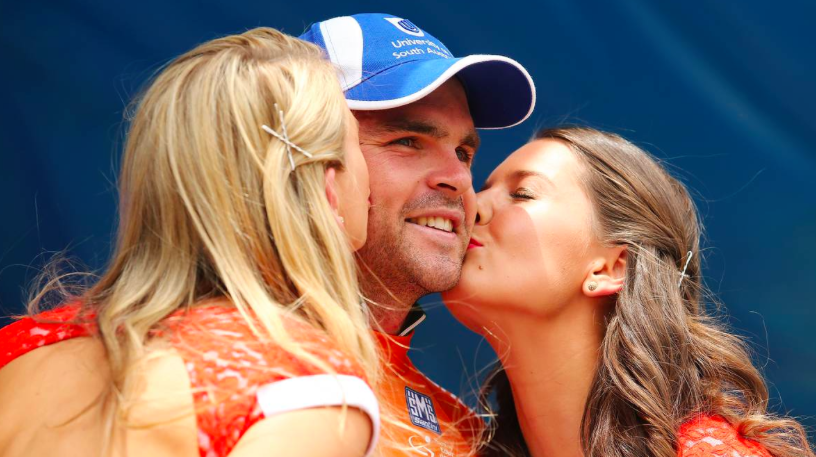