There a quite a few people out there who question the intelligence of our Aussie rules footballers. I reckon that these quotes from some of our best footy legends will put that issue to rest.  :tongue_out:

‘I owe a lot to my parents, especially my mother and father.’
(Shane Wakelin).

‘Nobody in football should be called a genius.

A genius is a guy like Norman Einstein’
(Mick Malthouse – Collingwood).

‘I’m going to graduate on time, no matter how long it takes.’
(Peter Bell – Fremantle – on his University Law studies)

‘You guys line up alphabetically by height.’ and ‘You guys pair up in Groups of three, then line up in a circle.’
(Barry Hall Sydney Captain at training)..

Brock Maclean ( Melbourne ) on whether he had visited the Pyramids During his visit to Egypt :
‘I can’t really remember the names of the clubs that we went to.’

(THIS IS PRICELESS!!!!)
‘He’s a guy who gets up at six o’clock in the morning regardless of What time it is.’
(Kevin Sheedy on James Hird).

Ron Barassi talking about Gary Cowton ‘I told him, ‘Son, what is it With you. Is it ignorance or apathy?’
He said, ‘Barass, I don’t know and I don’t care.’ (HYSTERICAL)

Barry Hall ( Sydney ) when asked about the upcoming season: ‘I want to kick 70 or 80 goals this season, whichever comes first.’

‘Chad had done a bit of mental arithmetic with a calculator.’
(Mark Williams).

At least this one could have been ironic?
‘We actually got the winning goal three minutes from the end but then They scored.’
(Ben Cousins, West Coast Eagles).

‘I’ve never had major knee surgery on any other part of my body.’
(Luke Darcy).

‘That kick was absolutely unique, except for the one before it which Was identical.’
(Dermott Brereton).

‘Sure there have been injuries and deaths in football – but none of Them serious.’
(Adrian Anderson).

‘If history repeats itself, I should think we can expect the same Thing again.
(Andrew Demetriou).

‘I would not say he (Chris Judd) is the best centreman in the AFL but There are none better.’ (Dermott Brereton).

‘I never comment on umpires, and I’m not going to break the habit of a Lifetime for that prat.’ (Terry Wallace).

Garry Lyon : ‘Have you ever thought of writing your autobiography?’
David Swartz: ‘On what?’

‘Well, either side could win it, or it could be a draw.’
(Dermott Brereton). 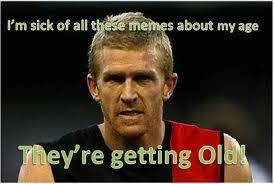 Funny Video About A Nun’s Confession

Finally, I’ve got a video all about a nun’s confession.

Why not check out some of my other funny sports jokes.