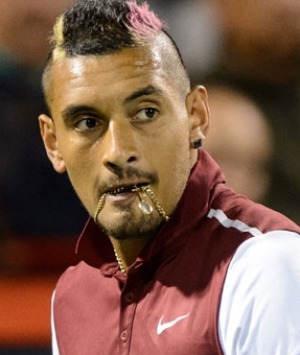 There’s been a lot of hype around about the Nick Kyrgios sledging saga and I want to way in on it. In case you’ve just come out of the closet and have missed it all it’s all about Nick Kyrgios sledging Stan Wawrinka during their match in Montreal. So what did Kyrgios say that has everybody jumping up and down? I’m glad you asked.  :tongue_out: After losing the first set he was heard to say, “Kokkinakis banged your girlfriend. Sorry to tell you that mate.” Apparently this caused an immediate uproar over social media. Really?  :bash: 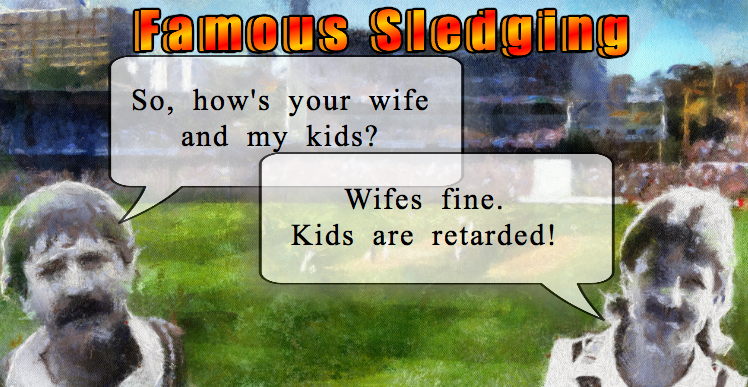 One well known sledge took place between Rod Marsh and Ian Botham in an Ashes match. When Botham arrives at the wicket he cops a bit of cheek from the Aussie keeper. Marsh : “So how’s your wife and my kid’s?”. Botham: “Wife’s fine. Kid’s are retarded“. Seems to me that sledge was more provoking than the Kyrgios one. The only difference being that Botham could take the sledge and came back with one of his own.

Then there is the interesting dialogue between Merv Hughes and Viv Richards. this happened during a test match in Jamaica. It all started because Hughes continued to stare at Richards after every delivery never speaking a word. This eventually got to Viv Richards who finally says to Merv, “Don’t you be staring at me, man. This is my island, my culture. And in my culture we just bowl“. Hughes replied with a ripper : “In my culture we just say fuck off“. I reckon that expletive beats Nick Kyrgios sledging of Wawrinka hands down.

Then there is the sledging between Mark Waugh and Adam Parore. Waugh: “I remember you from a couple of years ago. You were shit then and you’re fucken useless now!”. To which Parore replied: “Yeah that’s me. And I remember you were dating that old, ugly slut. I see you’ve married her now. You dumb cunt”. Once again, in typical sledging banter Adam came back with a beautiful reply and as you can see once again this sledging between these cricketers is a hell of a lot more colourful than the Nick Kyrgios sledging!

You can see these and other famous sledging on Top 20 Cricket Sledges. Oh, just so you know the no.1 sledge was the one between Viv Richards & Greg Thomas at a county match in England, Because Richards was missing so many of the balls Thomas was bowling he calls out, “It’s red, it’s round. Now fucken hit it!”.Obviously angered, Richards proceeded to hit the next ball out of the ground. Richards then calls out, “You know what it looks like now go and get it.”

So, why all the uproar? And why would anyone say that sledging is un-Australian when so many Australians are famous for their sledges and it’s not even limited to us Aussies. Or is it because sledging is new to tennis and they’re just a bunch of pussies who aren’t man enough to handle it?

Remember that the main reason for sledging is to put people off their game. The Nick Kyrgios sledging seemed to work because Kyrgios won that game.

OK, so maybe one shouldn’t use sledging in tennis. Nick tried it and got booed to buggery, not to mention the fine. Nick’s young and is bound to make mistakes. To call him un-Australian and to ask for a 3 year suspension is beyond belief. In my opinion Warinka should grow some balls and learn how to take a little sledging and show the world that tennis players, like cricketers and other famous sportsmen, are not pussies!

If you’re looking for some more interesting sledges you should check out this site which has some rippers!

I’d love to hear your comments on this subject.