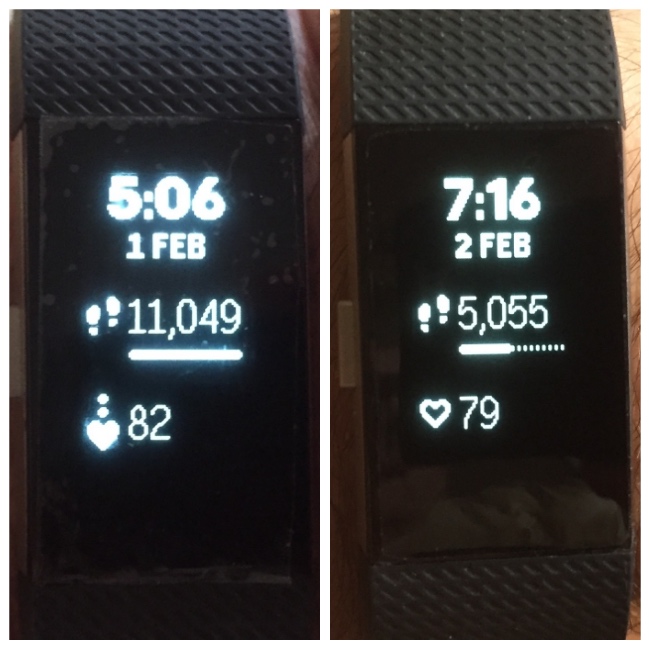 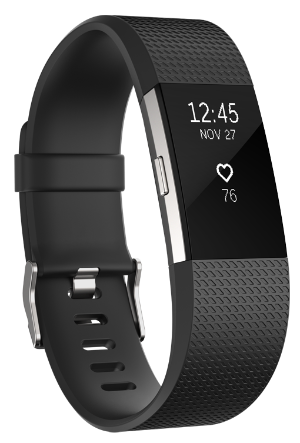 Of course you know that getting fit also improves your health. The problem is that most people just can’t get motivated. What they need is some sort of fitness motivator. Something to motivate them to get out there and exercise. Not only to exercise regularly but to urge themselves to increase their fitness level. To want to perform better every time they exercise.

I’m here to tell you that I have found the ultimate fitness motivator. I’ve even written about it before. In case you missed it, the post was called Fitness Charge HR Improving Fitness Levels! I wrote that post nearly three months ago and I’m here to tell you that my Fitbit Charge HR is still motivating me to perform better and better. You can check out a whole lot of different Fitbits here.

In actual fact it’s also taught me a few things. The first thing is that I am to bloody old to jog. In my third jogging outing, some 7 k’s, it turned out that the constant pounding cause a stress fracture of my tibia as well as damaged my medial meniscus ligament. That was a pretty painful experience and put me out of action for weeks. Being on crutches was a pain in the arse I can tell you.

What that has taught me is that you don’t need to jog to stay fit. Because of my Fitbit I took up walking. I started off slow and then worked my way up to over 11 k’s. I don’t mean a leisurely walk either. I push myself. Having the Fitbit allows me to monitor my results and to constantly strive for improvement. I actually look forward to my next walk. I even went for a 6 kilometre walk today in the 38C heat!

We all know that most of us pack on the kilos over Christmas. I know I do, that’s why I decided to go for one of my walks the day after Christmas. Not just any walk either, as I decided to tackle the Porosa Trail. I even took a video of some of the highlights. As you can tell from all the huffing and puffing, it wasn’t just a leisurely stroll either.

The Fitbit Charge HR with help from my iPhone  app gives me a whole lot of interesting information. I’ve put some of the results over to walks together in the image below.

The two images on the right show the results from my first walk and the two on the left are the results from the second walk. As you can see I walked a little bit further on the second walk and I did it a fairly bit quicker as well. This was all thanks to my Fitbit Charge HR. The Fitbit via the smartphone app gives me an update every kilometre letting me know the kilometre count, the time taken as well as my pace. I take particular notice of my pace making sure that I try to improve on my previous performance.

My Armband For iPhone 6 ensured that I had my hands free so I could use both of them to try and keep my camera steady.

Even though I used my Canon 550D SLR I would have loved to use the Canon 700D SLR! I’ve seen this camera in action and the updated technology I’m sure would have given a much better result.

Even though I used an iPhone 6 any Smartphone will do as the majority of them will allow you to install the Fitbit app.

Naturally using my iPhone I also listened to music of my choice during my walks. 😉

Since I’ve started walking I’ve noticed my weight go down and my blood pressure has also improved. I’m not sure how that works but I’m glad that it has. The thing with walking is you can set your own pace and it doesn’t place any stress on your joints and stuff.

I can honestly say that my Fitbit is my best fitness motivator. What do you do to keep you motivated? 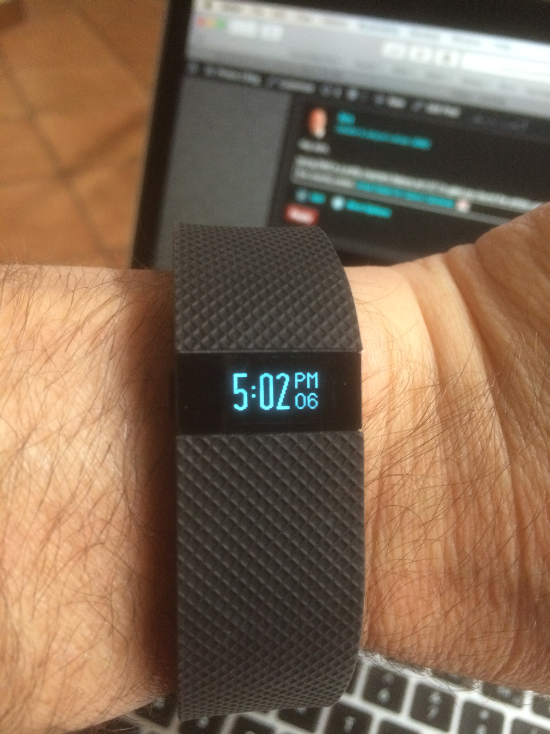 Although this is technically a sports betting site I’m always trying to add something new. I do this because I feel it would make things more interesting and appeal to a wider audience. Needless to say the most popular posts has nothing to do with online sports betting and everything to do with Hot Sports Babes. Other popular categories include Sports Betting Reviews, Betting Jargon and sports betting Special Offers!

I’ve decided to create a new category called Interesting Sports Stuff. This is going to be its first post and it’s all about my birthday present, a Fitbit Charge HR! The Fitbit Charge HR is a slim wristband that automatically tracks your heart rate and activity tracking right on your wrist. It does this 24/7! You can check your heart rate during workouts to get more accurate calorie burn, reach your target workout intensity and to maximise training time.

By wirelessly syncing you Fitbit Charge HR to your smartphone and computer it allows you to monitor your trends and get the motivation you need to push yourself further. Every day you will be motivated to increase your steps and every facet of bettering your fitness level.

Improve The Way You Look With A Fitbit Charge HR

You’ve probably noticed that one thing most sports folks have in common is that they all have a killer body. This is aside from being super fit. You don’t get a super looking fit body by sitting on the couch either. Ever since getting my Fitbit Charge HR I’ve noticed I’ve been pushing myself to improve my fitness level. Now I don’t just go to the gym and work out I also go for a walk/jog/run!

Because the Fitbit pairs seamlessly with my iPhone, the app adds to all the stuff the Fitbit tracker can do. I mentioned above that since getting the Fitbit Charge HR I’ve started to hit the pavement. Well the app keeps track of how far I’ve gone, how much time it’s taken me as well as my pace. Since getting the Fitbit I’ve taken it out twice and each time I’ve improved my performance. I can actually track my progress as I’m running just by glancing at my iPhone.

It actually does help to push you to improve your fitness level. You can also compare your Fitbit states with Facebook friends who also have a Fitbit. If you’re as competitive as I am you can see how this will be a positive way for improving all your fitness goals.

I love my Fitbit and as you can see from all the Fitbit customers below, I’m not the only one