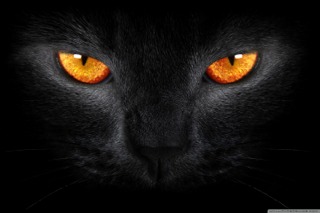 Can you imaging how many superstitious punters are out there? How many do you reckon are waking around with a lucky rabbit’s foot in their pocket? A rabbit’s foot that they rub for luck just before placing a bet online with bet365.  I reckon there are even punters who won’t place a bet online on Friday the 13th. They’ll never walk under the ladder  and can you imagine the repercussions if they broke a mirror. Shit! That would be the end of their online betting career.

I’m sure some punters won’t even place a bet if a black cat crossed their path. Speaking of black cats, did you watch the Adelaide Crows and Richmond game Saturday night? As you know, being my bet of the week, I put my money on Adelaide Crows to win. Even though the Crows let Richmond get away from them in the 1st quarter I honestly believe they still had a chance. Until that damn black cat ran across the oval. Did you see that stupid black cat? Did you notice that ever since that black cat made an appearance everything went to shit!

In the third quarter things started looking up when Sloane snapped a goal. Surely that’s just what the Crows needed to turn the game around. The crowd certainly thought so. Then the video reviewers disallowed the goal saying that the football hit the post! What utter bullshit!! Even the commentators who played that goal back from several angles. You can see Rory Sloanes goal in the video below.

You see, it was a definite goal. The AFL even later conceded that the non goal was a mistake.  Sure they say the Crows would have lost even if the goal was allowed. But then they’re not allowing for the curse of the black cat are they? How unlucky was it for David Mackay to get hit twice in the same spot causing a concussion and him having to leave the field.

I don’t care what they say. It was that damn black cat that caused the Crows to lose and my losing bet 😉