People love sports, that’s a known fact. Thing is there are sports fanatics out there whose love for sports tend to get a little weird. I decided to take a look at some of the weird sports out there and have come up with the top 10 world of weird sports.

When most blokes tell you that they carry their wives in their relationship they’re talking figuratively. Did you know though that there actually is an International Wife Carrying Competition? It even has its own rules. God forbid that you drop your wife during the race! Not only do you have to pick her up again, “he has to lift her on to his back or in his arms and continue carrying”, but there’s probably going to be hell to pay for dropping her when you get home. Unless you win the race of course. :tongue_out: 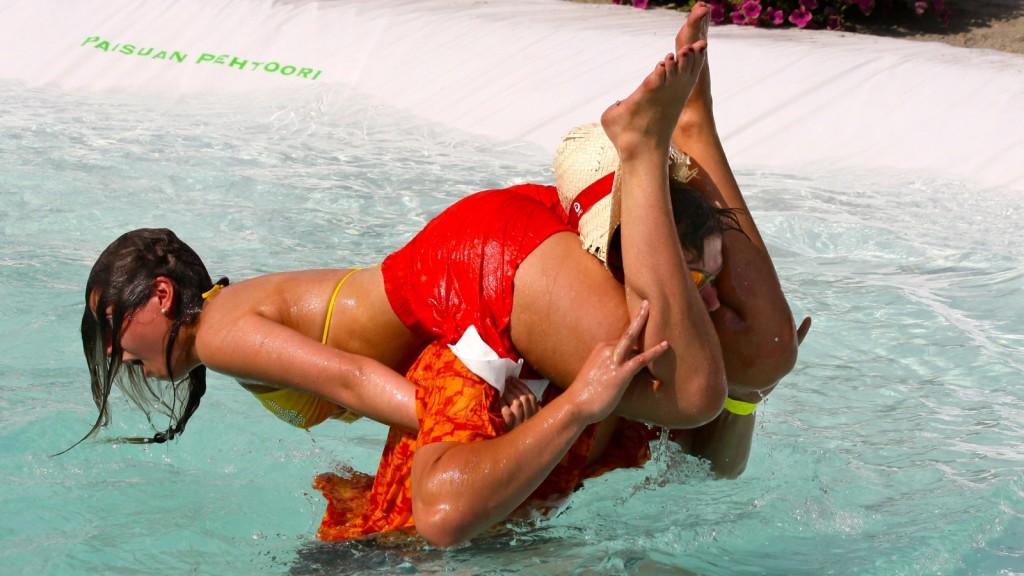 The weird sports of wife carrying, or Eukonkanto, first originated in Finland but is becoming popular in other parts of the world. Perhaps its because on of the rules states it doesn’t actually have to be your own wife.  :drunk: We even have one in Australia.

The Mud Olympics, or Wattolümpiade as it’s known in Germany, is all about fun. Contestants actually have to pay to enter but that’s cool because the money all goes to charity. Since 2004 they’ve raised over €250,000! 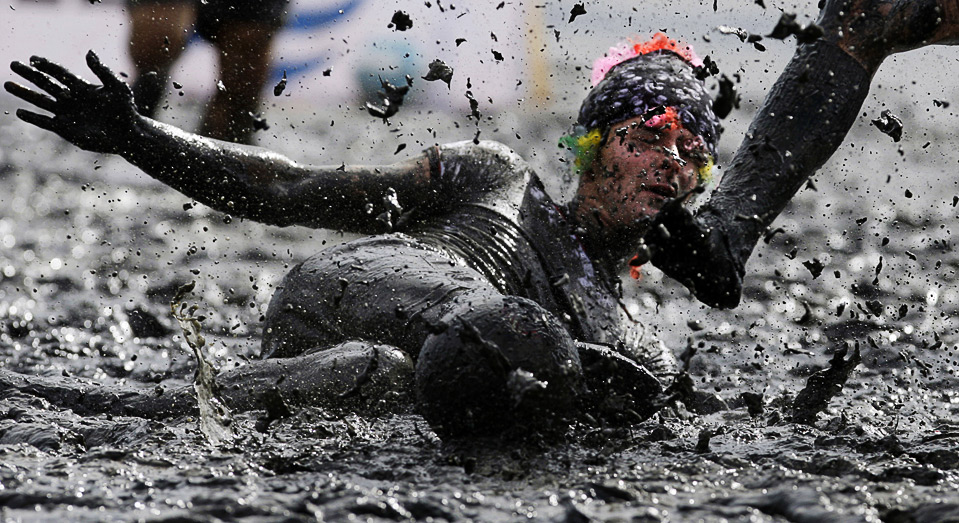 Talk about getting down and dirty. Its good to see that women are happy to get all muddied up, all in the name of charity of course. 😉 Sports include Football, Volleyball, Handball and Sledge Racing.

Extreme Ironing is definitely a weird sports contender. Shit, if it wasn’t bad enough to have to iron your shirts normally who would be wacky enough to turn it into a sport? There are some who say Extreme ironing is not a sport but extreme ironing sports lovers say that’s because they’re to scared to try some of the extreme places extreme ironist ply their sport. 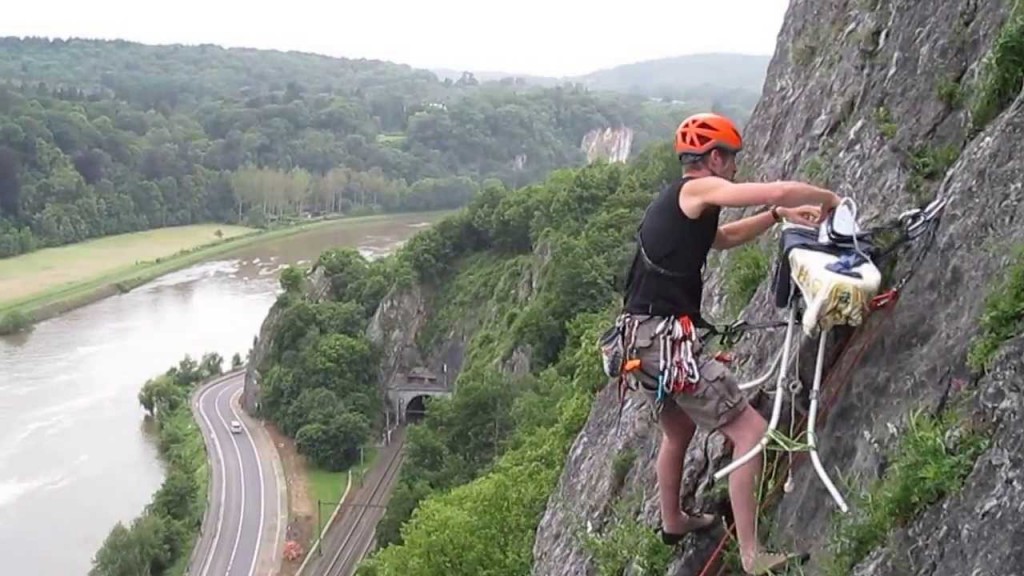 Heck, there’s even a book about Extreme Ironing, complete with extreme ironing photos.

I kid you not! I’m talking about the same Quidditch made famous by Harry Potter although this version is pretty well earthbound. It even has it’s own International Quidditch Association. Because the contestants are earthbound they’ve called this particular weird sport Muggle Quidditch! And yes, Aussie Muggles play it too. 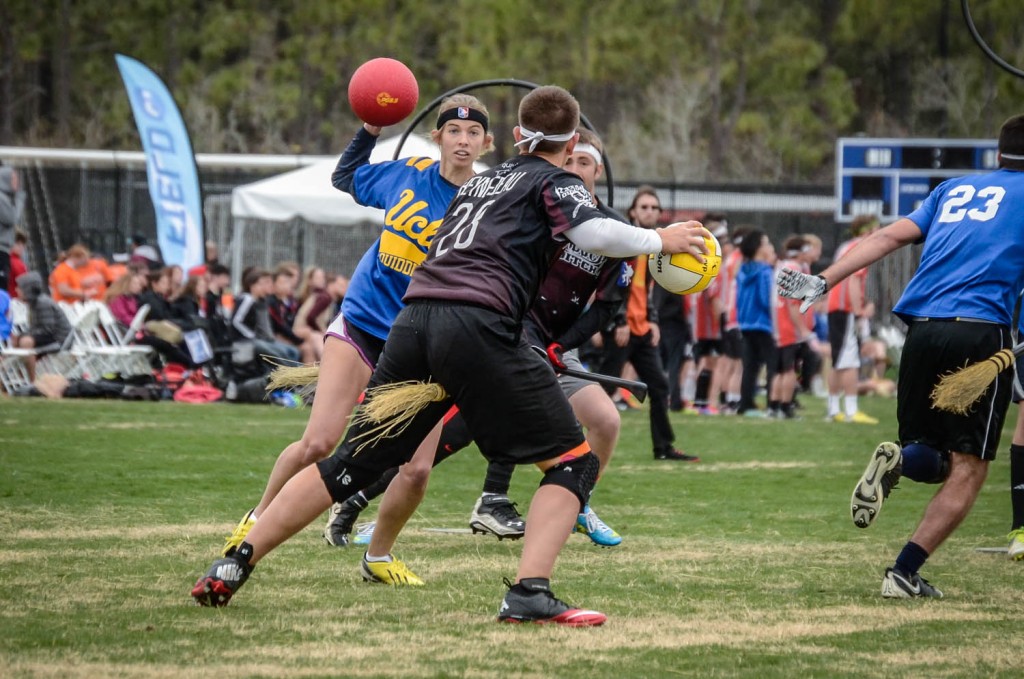 Personally I reckon the weird sports of Sepak Takraw should be become an Olympic contender. It’s sort of like volleyball only you can;t use your hands. Instead you’re allowed to use your feet, knee, chest and head to move the ball. This year in the 30th King’s Cup Sepak Takraw World Championships in Bangkok, Thailand the Aussies actually won gold in 2015! Heck, you can even buy your very own Sepak Takraw ball. 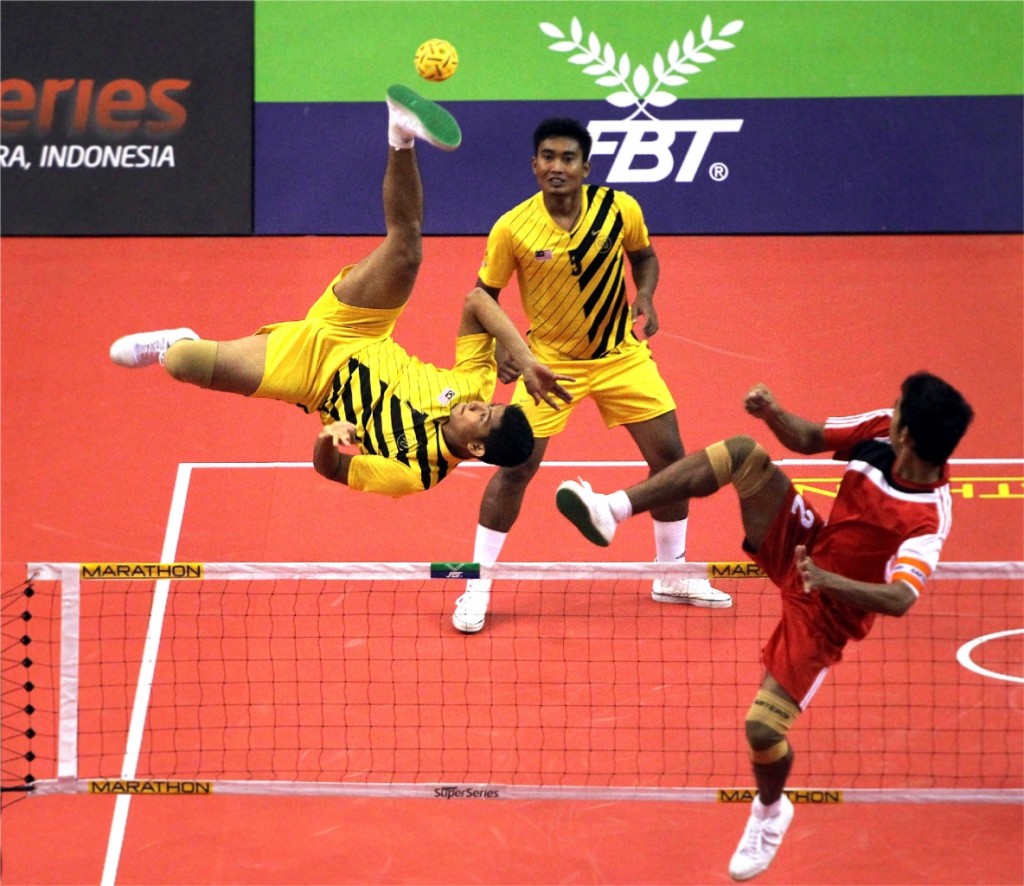 Sure everybody loves football, but how about playing football while riding a unicycle? I’m sure you’d agree that’s a weird sports contender.  :thumb_up: Originating in Texas in 1998 this sport now has it’s own offical website. 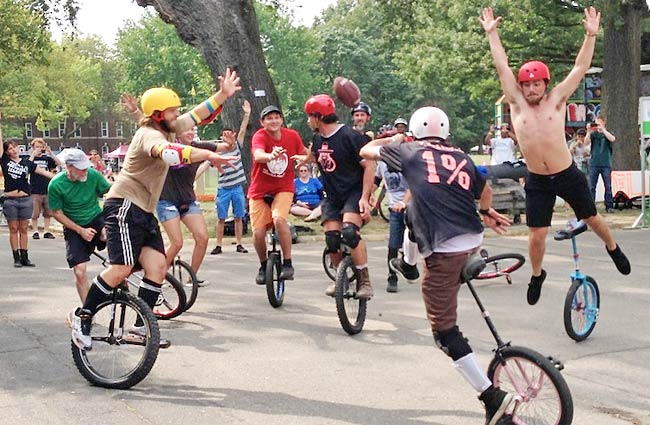 Personally, I reckon this particular weird sports would be a real ballbreaker!  👿

There are some out there who say that most boxers don’t have all that much upstairs. Or, if they did they’ve had all the smart shit knocked out of them. To be proficient in the weird sports of Chess Boxing you need both Brain And Brawn! Invented by Dutch performance artist, Iepe Rubingh chess boxers fight in alternative rounds of chess and boxing. Most popular in Germany, Great Britain, India and Russia chess boxing has actually developed into a truly competitive sport. Read all about Chess Boxing on Wikipedia. 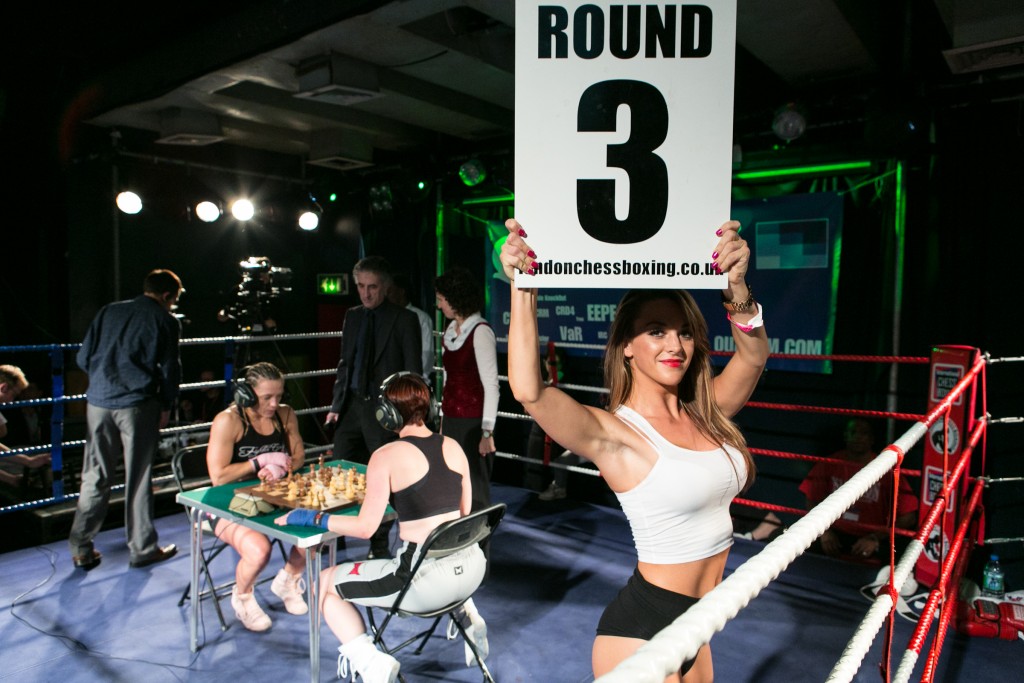 Those of you who are regulars to EzeSportsBetting know that we’ve already covered Lingerie Football in one of our previous Hot Sport Babes posts. 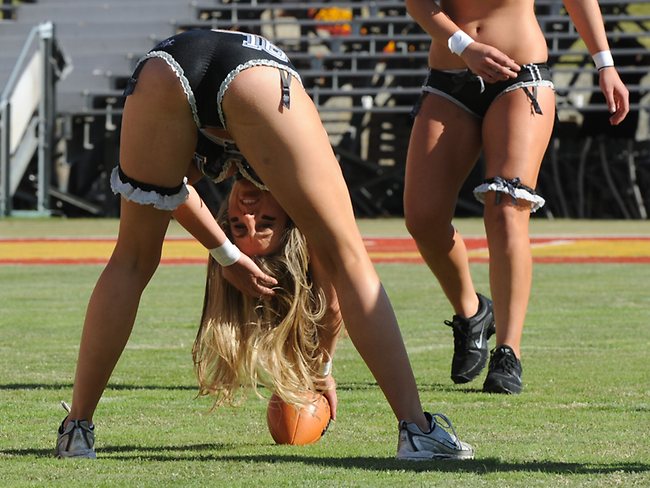 Suffice to say that lovers of this particular weird sports don’t consider it weird at all. I think they find it more titillating than anything else. Read the full post in the link above to find some more interesting photos these sexy hot sports babes.

Cheese rolling originated in the local village of Brockworth England Cheese Rolling is enjoyed by a whole heap of folks. Originally you had to chase a 9 pound round of cheese but it’s now been replaced by a foam replica and the 9 pound version could cause some damage if hitting a competitor. Especially when you consider it reached speeds of 70 miles per hour. Can’t understand why though when you consider the cheese had a one second head start. 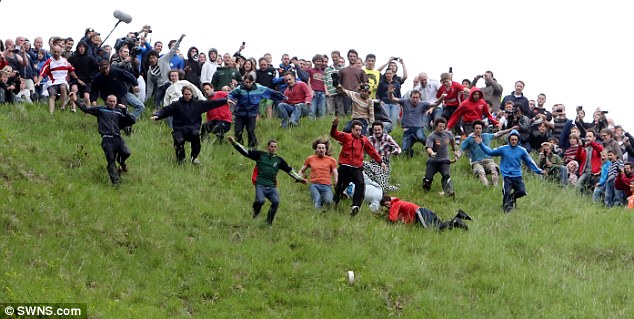 #10 Weird Sports Of The Dunny Derby

For the last in our top ten weird sports contender I’ve included the what one day may become an Aussie favourite  :drool: The Dunny Derby! Part of Winton’s Outback Festival, the Dunny Derby someone sitting on the loo, two contestants pushing it and two pulling it. A 200 metre dash with some obstacles thrown in just for fun.

So, which is your favourite of the world of wacky weird sports?