I don’t know about you but I have to admit, when I first heard about the Woman’s AFL league I thought it wouldn’t last. I didn’t think people would be interested in watching a bunch of inexperienced women playing football. Not unless they were going to follow the Yanks Lingerie Football that is. :tongue_out:

Are You Enjoying Woman’s AFL? 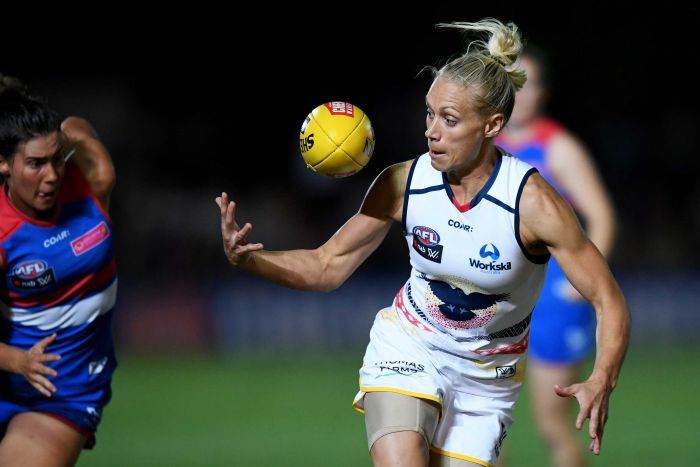 Then came the Carlton vs Collingwood game at Princes Park, a game where fans had to be shut out because so many turned up for the game. Larger than expected crowds also showed up at Thebarton, Western Oval and even at Casey Fields.

Still, there are a lot of naysayers, saying it won’t last and that crowds are only showing up because of the free games. “There’s no way people will pay money to watch this type of game”. Or, “Shit, watching the under 10’s footy is more exciting. Watching the women’s lack of footy skills is so frustrating”, from another of my workmates.

My first experience of Woman’s AFL was the Crows vs Western Bulldogs game at Whitten Oval. Sure there was a lot of fumbling of the ball, and they need to improve their handball skills and stuff, but I still found the game exciting enough to enjoy. Sure, part of the thrill comes from watching your team battle against their foe but the majority of it comes from watching these women throw themselves into the game. There was no holding back and that is part of what makes a footy game exciting.

Don’t Be Too Harsh To Woman’s AFL

Before you judge woman’s AFL too harshly, just keep in mind that the vast majority of these women come into this game with little or no experience. They’re getting payed peanuts to play, and up until a couple of months ago were amateurs. Unlike the blokes they play and train part time as most have jobs to go to. I’m sure they’ll only get better with each game and that’s only going to make it more exciting. Shit, I might even place a few bets on Woman’s AFL.

Follow this link for a quick guide to Woman’s AFL.

What’s your opinion on the AFL Woman’s league?