I have to admit I’m a Crows fan and I’ve never bought into the Adelaide Crows and Port Power rivalry. The way I looked at it was they’re both South Aussie teams and as far as I was concerned we should always support SA. Especially when they played against the Vics!

That’s all changed now. Now I want Port Power to lose every time, whether they play the Crows or not. So why the sudden change. It’s all due to the Port Power fans. The more I talk to the more I come to realise that they hare us with a passion. I had to ask myself, what’s with the Adelaide Crows and Port Power Rivalry. It probably started when the Crows managed to sneak into the AFL even though Port secretly applied first. Something that the SANFL and many South Aussies were unhappy about.

To cut a long story short the SANFL blocked Ports entry and put together a composite team and the Adelaide Football club was born. Needless to say Port was pretty pissed. But that was for the clubs to work out. It shouldn’t have anything to do with the fans.

Five years later Port Power finally made it into the AFL With the entry of Port Power we had the birth of the Showdown whenever the Crows and Power played each other. The Showdowns were always very competitive. Each showdown was almost like a mini final. Nothing wrong with a bit of healthy competition right? But somehow, over the years the Adelaide Crows and Port Power rivalry has become almost hateful. Luckily it usually does not result in violence. We’re too civilised for that.

The hatred does spill over into social media though as well as taunts at the Showdowns. I can accept the Adelaide Crows and Port Power Rivalry when it comes to the Showdowns but not when the clubs are playing the interstate teams. Especially when playing against the Vics! There’s a pretty good article about the Adelaide Crows And Port Power rivalry over at Convictcreations. 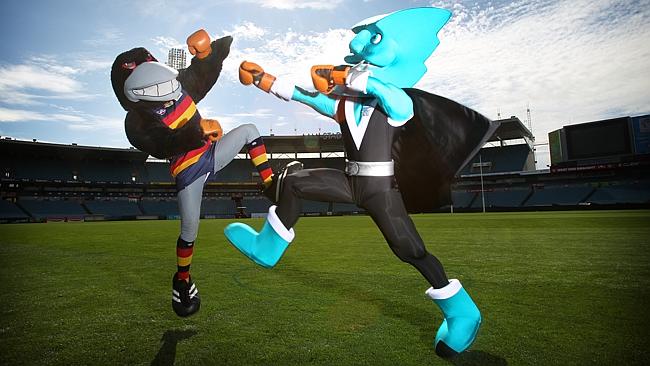 Still, I don’t hate Port Power. I no longer support them though. This brings me to this weeks bet of the week. I’ve put ten bucks on Port to beat Fremantle tomorrow. This isn’t because I expect them to win either. Fremantle at home have been unbeatable an so they should win tomorrow. You never can tell with football though. Upsets happen. This is why I backed Port Power. The way I’ve been losing lately I’m hoping that my wager on Port Power will cause them to lose. Either way, I come up a winner.  :thumb_up:

Don’t forget to take part in the poll and vote for the hottest sports babe.